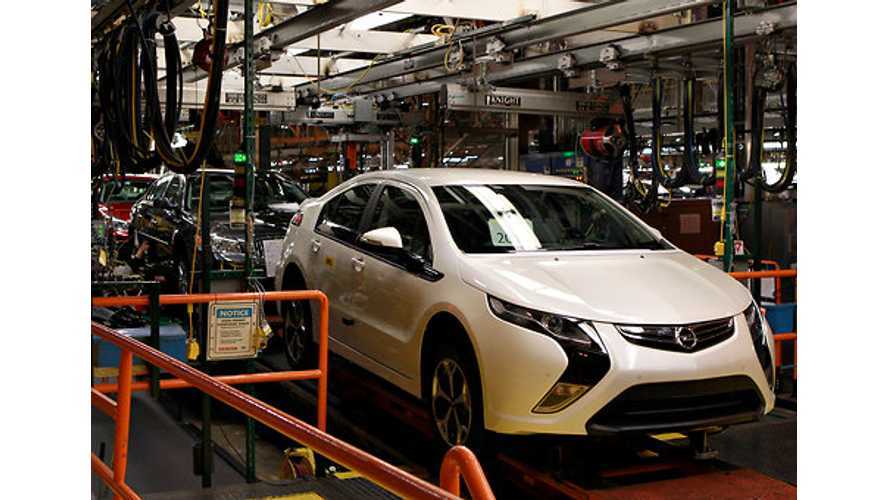 For quite awhile, (and up to last week), the future of a Vauxhell plant in Ellesmere had been in doubt, but times change quickly.  After having just been chosen to be the flagship of all things Astra, now comes word that another 700 jobs will be created to produce the Volt's sister car (and relative twin), the Ampera.

The original reason given for the shelving of plans to build the car in Europe seems to have gone out the window.  That being demand.

Reception of the 60-ish km (see what I did there?) extended range vehicle has been better than expectated in Europe, and especially in Britain, where the bulk of the car's 5,000+ pre-orders have originated.

Now it seems the deal hinges on a government subsidy package, not dissimilar to one recently given to Nissan to build the LEAF in Sunderland.  A plant that is already partially operational, building lithium batteries for use in Nissan/Renault EVs.

Nick Reilly, who was GM president for Europe before retiring this past March, was looking for £30m in government funding to produce the Vauxhell/Opel Ampera in Ellesmere Port, as well as a guarantee that the UK's £5000 rebate scheme will stay in place long term, bringing the Ampera's cost down to £28995.

Although previous attempts at securing government money for the production line has failed, the political and economic climate has changed.  Ampera production figures to bring over 2,000 jobs in total to the area, and the coalition government is now hard-lining an "Ultra Low Carbon Vehicles" strategy, specifically focused on electric vehicles.

Look for Ampera production in Europe to be a reality, just not all that soon.