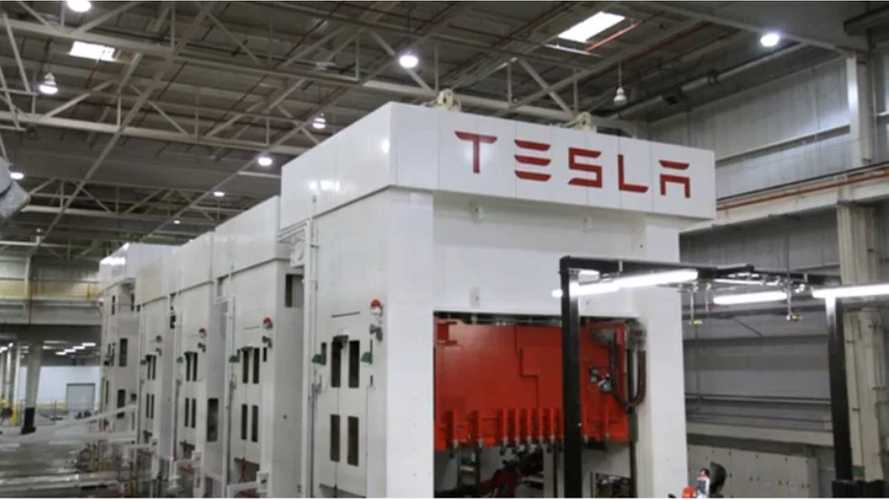 Just a little over two years ago Tesla bought a old factory in Fremont, California.  Today, they put out their first production video of the Model S.  Impressive indeed.

This video, (the first of many according to Tesla), focuses on the stamping process as Tesla is "one of the few companies in the world producing a steel-reinforced aluminum car."  Aluminum reduces the overall weight of Model S to help maximize efficiency and range.

"The hydraulic Press Line shown here (in the video) enables Tesla to produce large panels of the car, like doors and hoods, in-house, rather than outsourcing this production. Our Press Line is the largest of its kind in North America and is capable of producing one part every six seconds.

Our state-of-the-art Kuka robots move aluminum blanks into the press, and then, using over one thousand tons of force, the blank is formed, trimmed and pierced. It’s very impressive to watch as flat aluminum blanks go in one side and shaped, paint-ready panels come out the other."