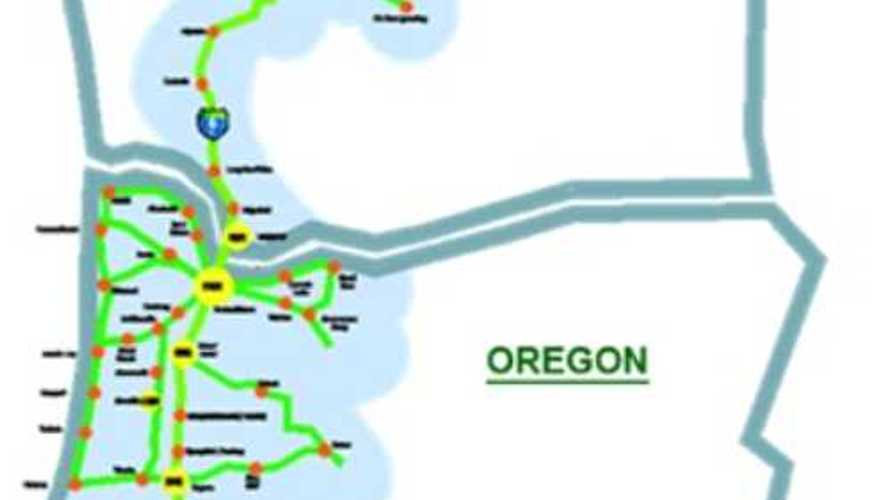 Two months ago the West Coast Electric Highway, or  Interstate-5 to 'regular' drivers, officially kicked off in southern Oregon.   Now, the most northerly state (Washington) will be added to the chain on the 30th of May, completing the route.

The Electric Highway was first conceived back in 2009, and signed into action by the governors of Oregon, Washington, and California.  The route stretches from Canada into Mexico, and wil provide fast charging points at intervals of about 25 miles apart, making long distance travel in an all electric vehicle possible on the west coast.

Aerovironment will be opening several stations in Washington next Wednesday marking the event.  State Governor Chris Gregoire will be on hand for an official ribbon cutting ceremony.  All charging stations along the route are of the CHAdeMO protocol and not the new SAE Combined Charging System, as Nissan/Aerovironment has played a major role in the development of the highway, especially in Oregon.