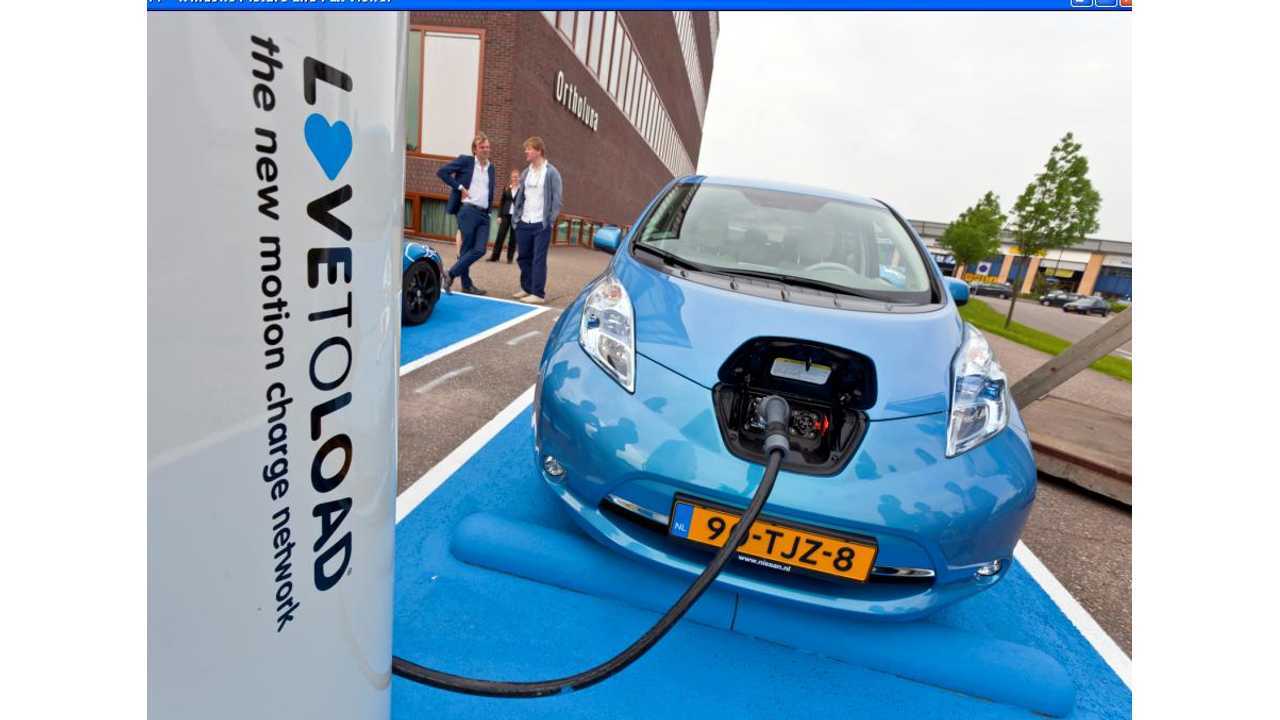 It is no secret that there is a battle between two variations on a fast charging theme,  the original standard being CHAdeMO, and the newly announced SAE Combined Charging System.

Both systems have their problems; CHAdeMO because it is a stand alone, clumsy system, and the new Combined Charging System because it basically only exists on paper.

In an earlier piece we described Nissan's stance on the competing systems, and in an interview with us, they said:

"We support CHAdeMO standard and are supporting its rollout and compatibility across all vehicles and chargers. One global standard is important, and CHAdeMO is currently the only certified quick-charge standard existing today."

Yesterday's ceremony by Nissan touting their first deliveries of  CHAdeMO charging stations into France and the Netherlands showed the resolve of the Japanese auto maker to the current standard.   These stations are the first wave of  over 400 currently being installed throughout Europe.

More impressive, is that Nissan is giving them away for free, saying they are encouraging the adoption of a widespread system across Europe.

Reading between the lines, Nissan is throwing down the challenge to an opponent (the SAE Combined System) that has no manufacturing base, and not a single public charger installed in the world.  Not that it would matter at this point, because there is not an EV currently in production that has the proper interface to receive a charge from one of these stations anyway.

None of the 7 auto makers that endorsed the new standard (Audi, BMW, Chrysler, Daimler, GM, Ford, Porsche/VW), currently produce chargers themselves for their vehicles, let alone giving away fast chargers for free.

Nissan, along with partners in CHAdeMO, Mitsubishi and Toyota, are clearing looking to get as many stations on the ground, as fast as they can, to force the issue before any real competition between the two can begin.

We are quite sure that given a level playing field, the new Combined System would easy become the defacto charging system of choice, but CHAdeMO's lead is huge, and has very committed backer in Nissan behind it.

Norway, is a good real world example of how big a head start CHAdeMO has,  as these first chargers  "form the first part of a 40 unit network, which will mean the majority of Dutch motorists will be within 30km of a Quick Charger, anywhere in the country."