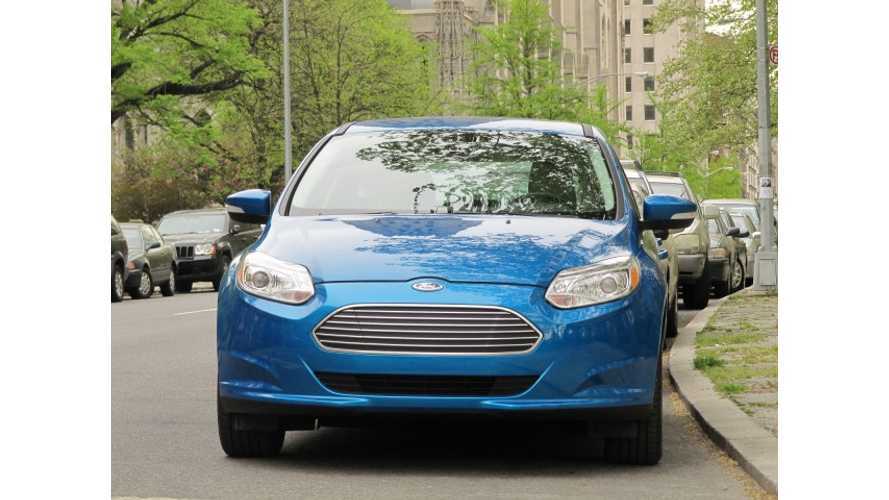 The Chicago Tribune is reporting that Ford will begin shipping Focus Electrics to 67 dealers this weekend.  350 Focus Electric cars will be sent to dealers in California, New Jersey and New York over the next couple weeks.

Manufacturing executives are said to have "signed off on the decision on Friday."   The Tribune says Ford declined to comment on the news and the sources asked not to be named because the plans are confidential.

Each dealer will get about six cars, one of which will be a demonstration model, the people said.

Galpin Ford in Califronia was claiming 35 allocations, although how many of those they would get in this early round is unclear.

Ford CEO Alan Mulally is also quoted as saying that using their gas based platform vehicle allows Ford to maintain "reasonable margins" on its EVs.  This is quite a claim by Ford to be profitable, even if only by a little, on its Focus Electric.  GM and Nissan are widely thought to be taking significant losses on each and every Volt and Leaf.  It is a point that Ford keeps driving home.

Mulally had been quoted by AutoWorldNews.Com making this similar statement:

We’re not doing loss leaders to subsidize other altruistic reasons. It has to be taken on business sense otherwise we can’t keep investing more on the research. Building these types of cars alongside the traditional gasoline vehicles is also one way Ford Motors can maintain its reasonable margins on those vehicles.

GreenCarReports.Com has also quoted  John Viera, Ford's global director for sustainability and vehicle environmental matters as saying that Ford is "making a profit" on the Focus Electric.