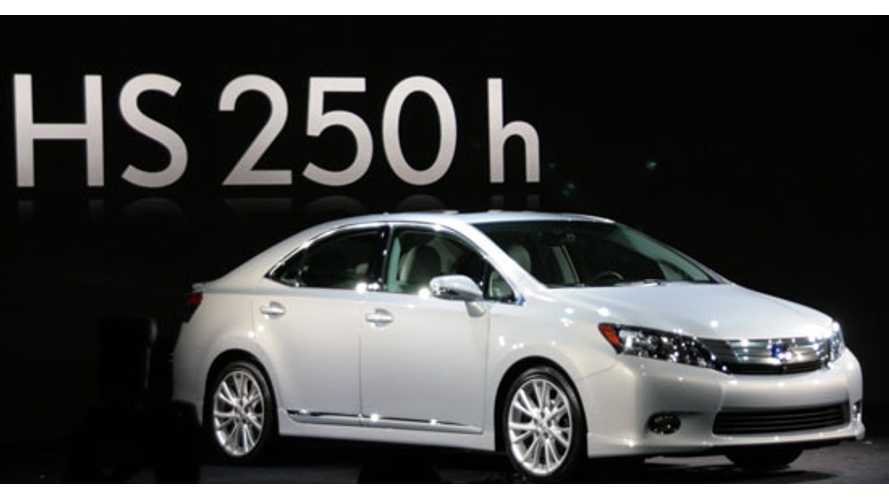 Toyota has decided to discontinue the first dedicated hybrid of the Lexus lineup, the HS 250h.   Despite having a very successful initial launch in Japan, with thousands of pre-orders, and lengthy back orders, the car was not a big seller in the US, never outselling the ES, IS, or LS.

Late in 2011, facing competition from within on the CT 200h, and with sales having dropped as low as only a couple hundred per month, Toyota said the car would no longer be available in the US.

Now, according to Inside Line, Toyota has discontinued the production line altogether.  Lexus also added that the new ES 300h  was not a replacement for this vehicle (probably hoping no one would draw conclusions about the fate of this model based on the failure of the HS)

"Production of the HS 250h ceased in January, 2012. Lexus continues to monitor sales for each product and we make adjustments to make sure that we meet market demand, and the discontinuation of HS was part of that adjustment. The ES 300h is not replacing HS in our lineup. It's merely part of the hybridization of many of our existing vehicles in the Toyota and Lexus lineups."