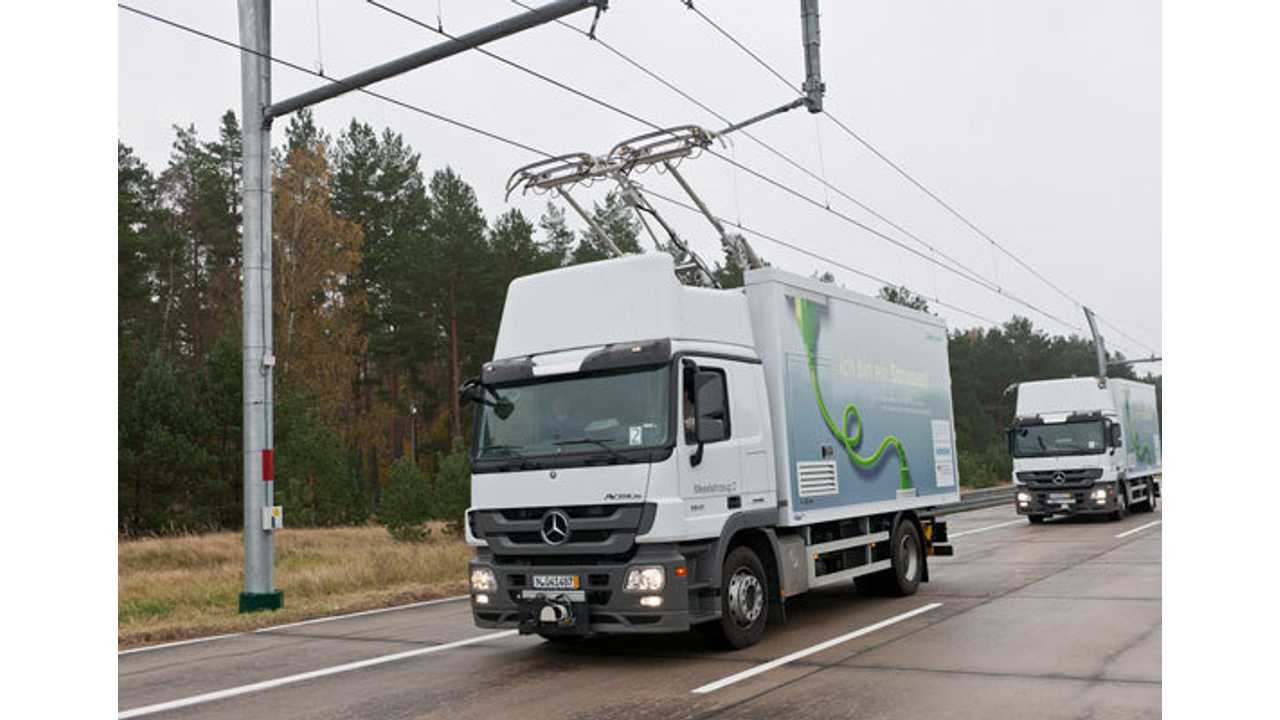 You know the joke about electric cars being great if you have a very long extension cord.  Well apparently Siemens didn’t think that was funny, but a rather good idea.  They have a prototype of an overhead wire system that would propel Diesel/Hybrid freight trucks on full electric.  Where wires are not available they would continue to operate as a Diesel/Hybrid.  Califronia’s 710 which is a main artery from the ports to distribution centers is the target for a pilot program according to this article at the LA Times

An article  from Consumer Reports addressing the fact that one of the things that makes EVs so appealing is that the electricity to charge them can be derived from a vareity of sources of which many are renewable.  But also had this bit which was interesting and infuriating.

Some say ethanol won't work because there are no E85 pumps in much of the country, and the average price is often higher than gasoline once you factor in ethanol's lower energy content. Yet in the upper Midwest, there's no shortage of ethanol stations, and the fuel sells for significantly less than gasoline.

This prompted me to figure out how much we spend a year ($6 billion) so the Midwest can enjoy significantly lower prices for ethanol.   Lo and behold the 30 year corn/ethanol subsidy has finally ended just this year.  I know I really should expand my reading beyond just things EV.

Considering that CA is supposed to be the epicenter of the coming EV revolution, the LA Times has been noticeably and surprisingly MIA with reports from the EV scene as say compared to the NY Times.  The recent EVS26 has sparked some interest at the LA Times and their EV posts are coming fast and furious now.

For this piece, they spoke with Brian Wynne, president of the Electric Drive Transportation Assn. (EDTA), which sponsors EVS26.  He had some interesting observations.

In his view, the biggest hurdles to EV adoption are:

1.  Public education.  People think they driver further than they actually do.  The buy a car for a once a year use or quarterly use, and don’t consider how that effects their cost to commute everyday.

2. The metric he suggests for getting to people to understand how much it costs to drive on electricity?  Tell them it is like getting gas for $1/gallon.