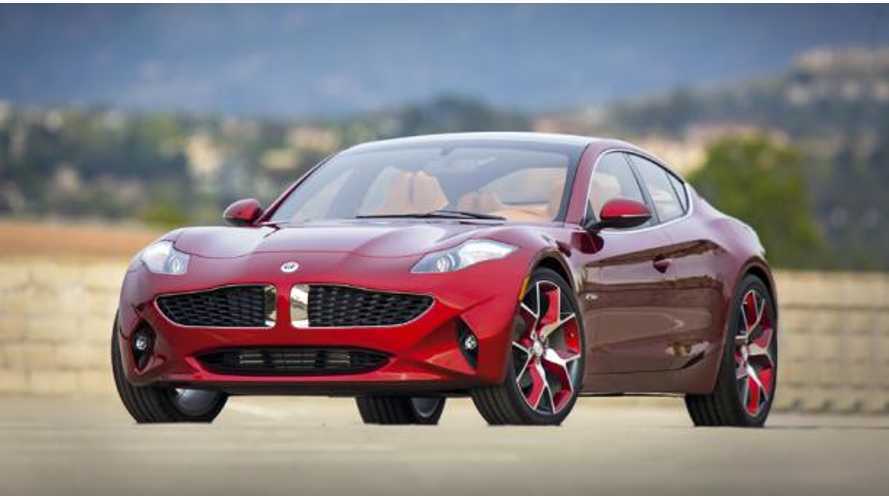 Lets start off with what has been released officially from Fisker about the Atlantic, from its launch party on April 3rd:

"Like the Karma sedan, the Fisker Atlantic is a plug-in series hybrid vehicle that allows drivers to switch manually or automatically between electric and gasoline driving modes and sustain the charge of its lithium ion batteries on the move....Its four-cylinder gasoline engine, which acts as a generator and is not mechanically connected to the wheels, is tuned to offer maximum economy and high torque. This Atlantic EVer powertrain will offer highly competitive performance for a car in its class."

/so not too much info there

Still, the car is a long way from production, and vague statements like those are fairly par for the course when debuting new models, with Fisker adding that "...more details on the Fisker Atlantic, including statistics, prices and an on-sale date will be given closer to the launch of the production car".

It appears that day has come (probably a bit early for Fisker's liking), as InsideEVs.com has acquired some Fisker documents, dated only a few weeks ago, outlining their plans for the Atlantic (project named N1/Nina just before the launch), detailing performance, cost and release dates.

(Disclaimer: We take every effort to validate all the news we report directly with the OEM themselves whenever possible before going to press, but given the news at hand, and its sensitive nature, it is a little tricky in this case. Given the sheer volume, professionalism and finite detail of the documentation in hand, we feel 99.9% confident in our source material)

UPDATE:  AutoblogGreen got in contact with Fisker about our story and a rep responded with this confirmation/denial:

"As these documents are obviously leaked investor documents and highly confidential, I am not prepared to comment any further."

So lets get to it:

Engine: Fisker inked a deal with BMW to supply a 4 cylinder turbocharged engine last September, but only noted that the unnamed engine would be fine tuned to their specification. It now appears Fisker likes round numbers, and has set 300hp as the target performance for their car

Pricing: While debuting the car, all Henrik Fisker would say was that it would be "a much lower price point than the Karma," while comparing it to an Audi A5, or upper end BMW. So, if you were like myself, you immediately went out and priced an A5 and a BMW 335, and learned the range was from about $37,000 (A5) to $45,000 (335) and got excited about the pricing.

Well it seems the comparison to a upper end 335 was not too far off the mark, but internally the company names the Audi A6/S4 as the competition to the Atlantic, not the A5 at all (perhaps Henrik mis-spoke), while also adjusting up these same competitor's base models costs to be inline with similar equipment to be found on the Atlantic (such as nav and larger wheels). Estimated Atlantic price range: $50,000-$60,000

And if you were wondering who Fisker sees as competition, all the usual players are mentioned: BMW 3 and 5 series, Mercedes C and E class, Jaguar XF, Audi S4/A6

Battery Size/Supplier/Range: This seems to be one area Fisker hasn't noted (at least not here). The speculation, thanks to a 10-Q we dug up here at InsideEvs.com is that it will indeed be A123 again, the same supplier to the Karma.

As for the range itself, even privately Fisker gave out the stock answer, "varies on use of the all-electric mode." I am going to chalk this up to them not actually knowing, and the EPA's rating of the Karma's range (at 32 miles) catching them off guard after promoting much higher numbers.

So far so good right? Sure, the car is a little more money than initial estimates, but aren't they always? The main thing is that the car's performance matches its aggressive appearance. However, that brings us to our last tidbit about the Fisker Atlantic---which I will dub, the bad.

"‘Project Nina’ (now Atlantic), which are scheduled to go into production in the re-commissioned former GM plant in Wilmington, Delaware at the end of 2012 and be on sale globally in 2013"

Since then, Fisker has been pretty quiet on the subject. Obviously, there has been some hiccups. DoE funding did not come through (at least not yet), and Fisker had to raise private capital (which they did) to fund the build of the Atlantic, while still giving the US government until the end of this summer to sign back on and guarantee the car would be built in Delaware. The last update publicly heard mentions production to begin "shortly after 2012".

Internally, while acknowledging "negotiations with the DoE have become more complicated and are expected to take longer than originally expected", Fisker appears to still be envisioning the roll out happening in Wilmington, Delaware (as they offer no other option), but at a much slower pace.

The plant, which they purchased in July of 2010, is expected to under going re-tooling between 2012 and 2013, with the first prototype anticipated to being completed in mid 2013, with full production anticipated to start mid-2014, and thus making the Atlantic a model year 2015.

Looking at this positively, the car looks great, will perform great...and now you have some extra time to save your pennies.