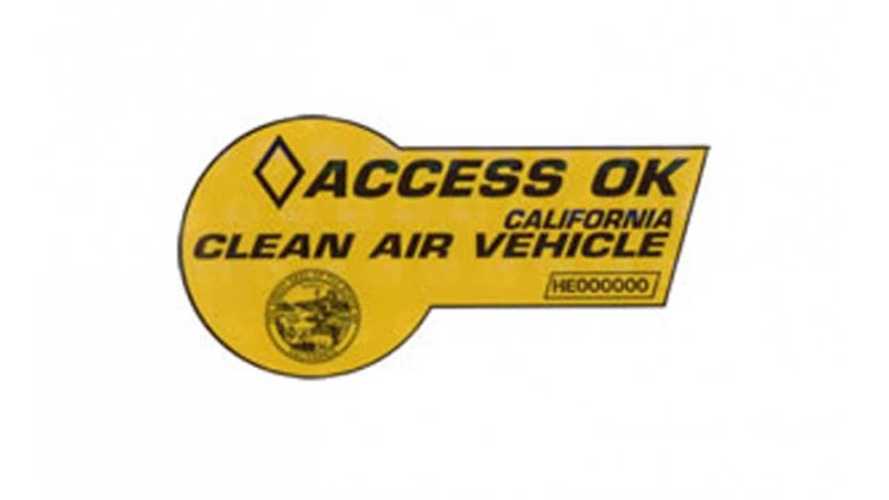 In this post about what is driving sales of the Plug-in Prius (PiP),  commenter "ScottF200" asserts that single occupant access to HOV lanes is quite likely a leading reason for strong PiP sales in California. Pointing to this quote from the PriusChat forums:

I just bought my PIP and I am enjoying it for the most part, especially the electronics. What I’m trying to figure out is whether it’s worth charging it versus just using it as a hybrid. 1. I should say that the primary reason I bought it was to get a green HOV sticker here in California.

Commenting for that article was Sam Butto, a Toyota spokesman, who notes

When those cars were eligible for California’s H.O.V. lanes, we sold out our allotment in no time," Mr. Butto said. "We expect that the ability to use the H.O.V. lanes will be one of the most popular reasons people will buy the Prius Plug-In Hybrid. We may sell one in three or one in four of our plug-in hybrids in California.

Similarly Scott Doggett, an editor at Edmunds’ AutoObserver.com commented that

When the H.O.V. access for California hybrids went away, it left thousands of drivers very frustrated, because their commute times had doubled or tripled. The ability to use H.O.V. lanes is a very good marketing tool for Toyota.

GM lengthened the warranty on the Volt from 8yrs/100k miles to 10yrs/150k miles and modified the emissions package to meet the CA requirements. The longer battery warranty is only available on CA cars.

The Admin from the PriusChats Facebook site suggests that GM may have some work to do in order to correct the perception that the Volt does not qualify for the Green Sticker.  Stating: