Toyota RAV4 EV Priced at $49,800, and Likely Not Coming to A Dealer Near You This Summer 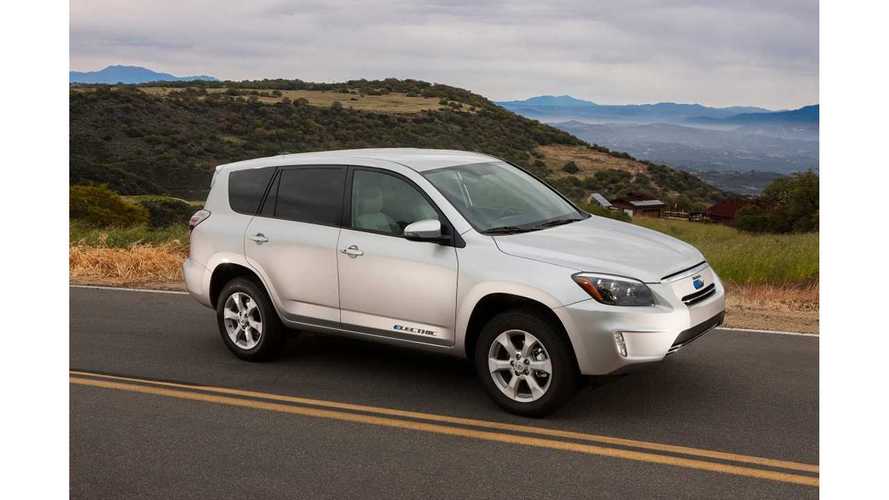 For those people have been anxiously awaiting for an all electric utility vehicle, today was there day, sort of.  The Toyota-Tesla partnership looks to have spawned a vehicle that not only performs well, but has an entire industry segment all to itself...but with a huge * asterisk riding along.

The specs are all as expected, if not better.  The all electric sport utility vehicle has, what looks to be, a real world range of 100 miles, thanks to a aprox 41.8kWh lithium battery, and it gets there in a hurry, with Toyota claiming a 0-60 timeslip (in sport mode) of 7 seconds.  No other brand, not named Tesla (which this kind of is), puts this kind of electric speed to the road.  Certainly no other electric vehicle can do it while hauling around 73 cu. ft. of cargo space.

Toyota has priced the RAV4 EV at a MSRP of $49,800, while noting that is fully equipped.  To many, that number probably seems staggering, but I have a feeling Toyota will be lucky to make any money at all on this vehicle, and it represents good value in the electric sport-ute segment.

Where the Toyota RAV4 EV does let us (and I use us in the widest sense), is that it is only going to be available at selected dealers starting this summer.  Four of them to be precise: Sacramento, San Francisco Bay Area, Los Angeles/Orange County and San Diego, with total vehicle production ONLY rolling out to California.  /hello to CARB ZEV requirements

Worse still?   Only 2,600 units will be made over the next three years.

Update: RAV4 EV will reportedly have a 41.8 kWh battery