What is Driving the Plug-In Prius Sales 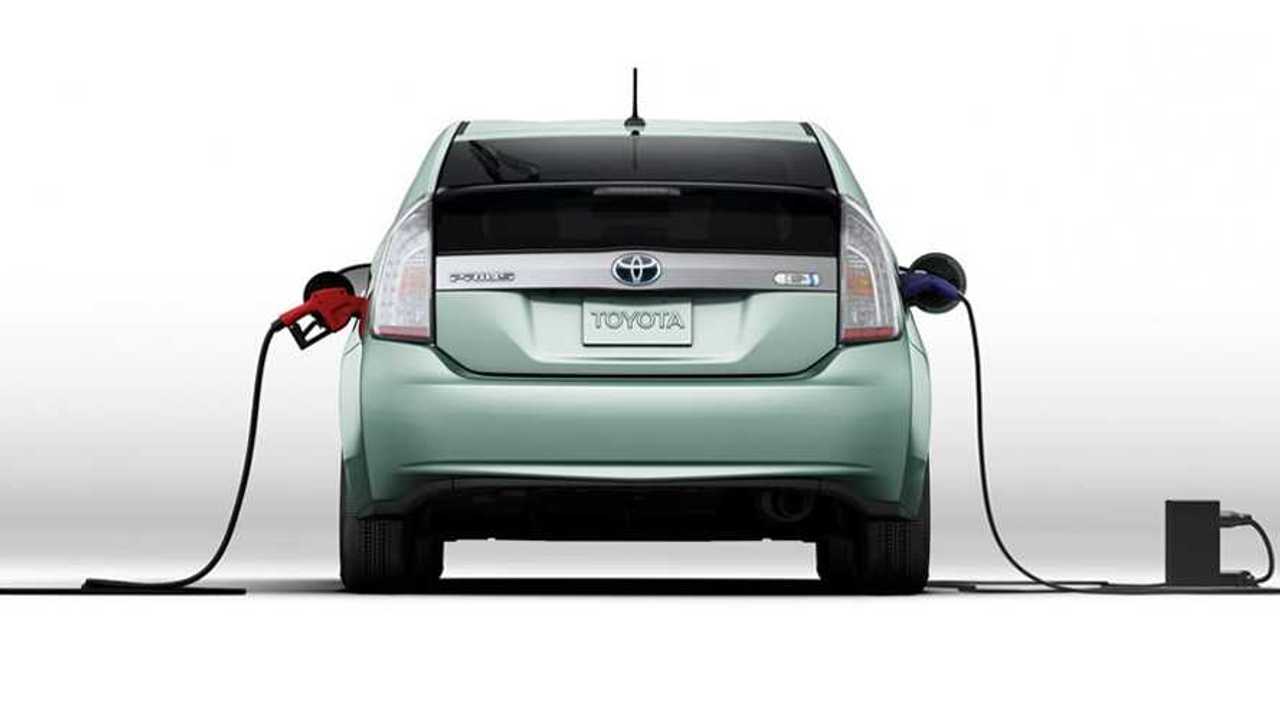 The sales numbers for the 2012 Toyota Prius Plug-in Hatchback (PIP) have been very strong, besting the Volts 1462 units in April with 1654 PIPs sold. I must admit I find myself surprised because the PIP offers substantially less electric range, but clearly buyers are finding the value and features of the PIP compelling.

There is a base model Prius comes in at $32,760 less the credit puts the base model just over $30,000.  If the Leaf is any lesson, people will pony up the bucks and go for the Advanced PIP.  However, Toyota has stated that they expect 70% of buyers to go for the base model PIP.  What is driving buyers to the PIP?  Here is a round up of typical comments from the Prius Chat forums and elsewhere:

The Prius is a 3rd gen vehicle, the Volt is new tech.

The value of this to buyers cannot be overestimated.  A car is a big investment, most people like safe bets when it comes to a car.  Although the PIP is quite new, it is substantially based on time proven technology.  Many feel it risky to make a bet on the unproven Volt and Leaf technology. This was an argument I heard in my own house, from the wife. It is a good point.

Toyota  owns the hybrid market, and is capitalizing on their reputation in this segment.  Even car makers who think the EV movement is premature are nonetheless building plug-in  prototypes and fielding test fleets because no one wants to concede on EVs the way hybrids have been so far conceded to Toyota

If you need that, the Volt’s four seats are a deal breaker.  And on top of that the Prius rear seat leg room is legendary for good reason.

Getting into and out of the Prius is easier than the Volt. No debate there. Not a big deal for me, but I have noted others struggle with the Volt’s access. One poster commented that he had to get into the Volt head first.  Awkward to say the least.  Related to this is the greater head room afforded in the Prius.

Many of the comments seem to cherry pick best cases scenarios for which ever car they prefer.   The reality is if you are the kind of driver that can get 50mpg out of a Prius, then you can get 40mpg out of the Volt.  Still that is a 10 mpg advantage to the Prius.

Some posts on www.gm-volt.com have suggested that between 16-65 miles of daily driving the Volt is more efficient.  Less than 16 or more than 65 tips the scale to the PIP. This is based on charging once per day.  Other posts have suggested the daily break even range for the PIP vs Volt is in the triple digits.

There are so many assumptions and variables to be considered that it appears one must sit down with specific commuting/driving patterns to figure out costs.

Figuring all of this out does require an affinity for spreadsheets that most would find troubling. Certainly some are throwing up their hands trying to figure it out and who can blame them, even the EPA seems flummoxed by it all. The EPA label shows $1000 annual fuel costs for the Volt and the PIP.  This does not appear to be correct. 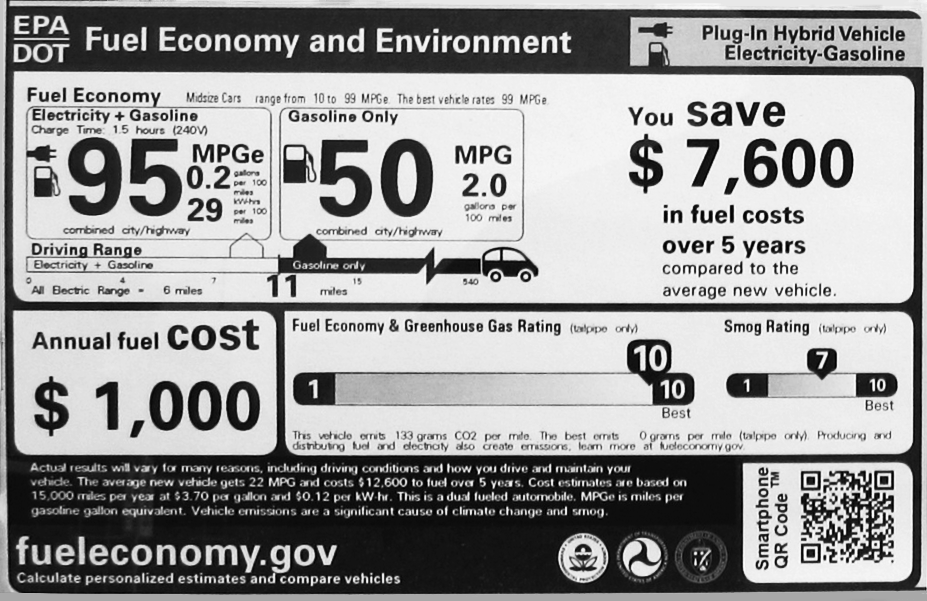 But those numbers are only for one scenario.  15,000 miles per year, or about 41 miles per day.  Different scenarios will give different numbers.  Typically above a certain threshold the PIP becomes cheaper to operate because of its ability to burn gas more efficiently.

For those who are deciding between the Volt and the PIP the best advice is to do an extended test drive of  both vehicles.  Extended as in several days to a week.  For a serious buyer many dealers will accommodate this, as they should on such radically new technology.  Often a buyer will figure out which car they really prefer from this experience, costs be damned.

If you could live with either and it comes down to costs or you are motivated by trying to maximize electric range for the best value, then you are going to need to sit down with commuting patterns and run the numbers.  There are legions of cost calculators.  Some will no doubt have the numbers for both cars incoporated.

Also, to get an accurate fix on your driving patterns, there are GPS like devices you can use to track your usage and help you decide suitability for any particular plug-in.

Finally keep in mind that even though Edmund's and other sites prices are a good indicator, pricing is a fluid situation, and the particular deal you will be able to work out at any give time varies greatly from place to place.  If you find you could live with either car you could consider pitting Toyota dealer against Chevy dealer and seeing who can offer you the best deal.