Who Will Supply the Battery to the Fisker Atlantic? A123, If They Want To 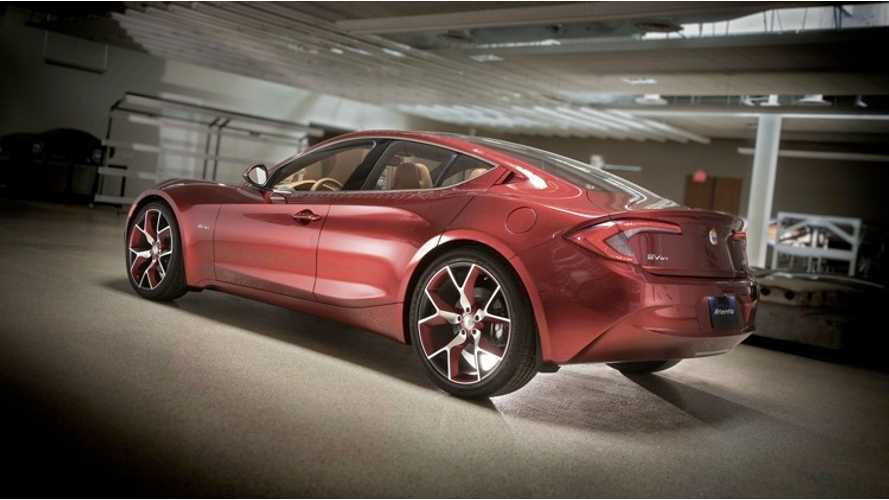 The Fisker Atlantic (formerly project Nina) debuted last month at the New York Autoshow, amidst rumor that the DoE would not be extending its loan to Fisker and that the car itself may not see the light of day.

Since then, Fisker has gone on record as saying the Atlantic will indeed be produced regardless of government involement.  "We're going to launch this car with or without the DOE," (Chief Executive Tom LaSorda)...thanks largely in part to several successful rounds of private funding.

Fisker has given the government agency until the end of summer to decide if it still wants to be part of the program, while also intimating that its Delaware plant, and American jobs maybe in jeopardy if the DoE does not sign back onto the project.

However, now that we are able to look  past the initial teething pains of getting the car green-lit for production, many questions as to the makeup and performance of the car still exist.  First on the list, is who will be actually supplying the battery for the car.

Currently, Fisker's only other offering, the Karma, is powered by a 20 kWh pack from A123, but the relationship has not been without its troubles, leaving many to wonder if the partnership would end with the original $100,000+ supercar.  A manufacturing defect at A123's Michigan plant left a high profile test car inoperable, which then lead to an investigation, that ended up seeing practically all Karmas in production needing a full pack replacement; not a good way to start out.  To their credit, A123 stood behind their product and the battery swaps are being done under warranty at no charge to the consumer.

While neither Fisker or A123 have announced any tie-ups with the Atlantic, I found myself spending a late night perusing old 10-Q SEC filings (what else do people do for fun?) which turned up a supply agreement between the two companies that states:

"...The parties intend that A123 shall supply batteries for the Nina Program based on A123 meeting Fisker Automotive Inc’s. engineering specifications, performance, quality, reliability, durability, total landed cost, supply chain and delivery requirements as stated in the Product manual"

Which granted sounds like Fisker has a lot of exit doors available to them if they want (especially given the recent mis-step by A123), but it further goes on to stipulate A123 has the right of first refusal/ability to match and conform to another party's bid and retain Fisker's business on the Atlantic:

"Should Fisker receive alternative, qualified, competitive bids it agrees that it shall, subject to its confidentiality obligations, provide A123 with written notice of the A123 gaps based on the qualified bids it has received. The parties will mutually agree proceedure for treating third party confidential information.  A123 shall have days to match the of the competitive offers. If A123 is able to match the alternative bid, then A123 will be awarded the production Program..."

Exciting read isn't it?  Well, if you enjoyed that, there is lots more to be found in the thumbnail below.  The takeaway is that Karma and A123 do indeed have an arrangement in place for the US battery maker to supply the pack...which would mean that if plans to produce the car at Fisker's Delaware factory go through,  the Fisker Atlantic would be the first car to not only be built in the USA, but also to be powered by a US company.

Fair disclosure:  The author is long A123 (AONE), and has a sizable equity position in the company