Toyota Proves the Prius Plug-In Can Sell, 1,654 Sold In April 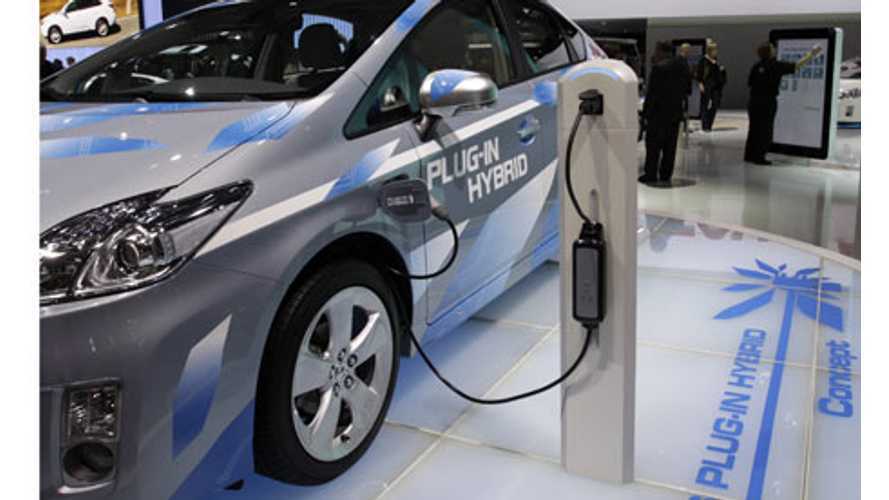 Toyota released initial results on Prius sales just this week, and one fact that has been made very clear, the Prius plug-in can sell.

Despite a very limited rollout area and select dealerships, the Prius with a plug moved 1,654 cars this past month, and took the monthly sales lead in that category for April.

Toyota's plug-in hybrid boasts an all electric range of about 10 to 15 miles, depending on your driving style, and an extended range petrol efficiency rating of 50 mpg (similar to the non-plug version).

Deliveries began in late February and pricing starts at $32,000, as well as qualifying for a $2,500 federal credit and some other local/state level incentives.