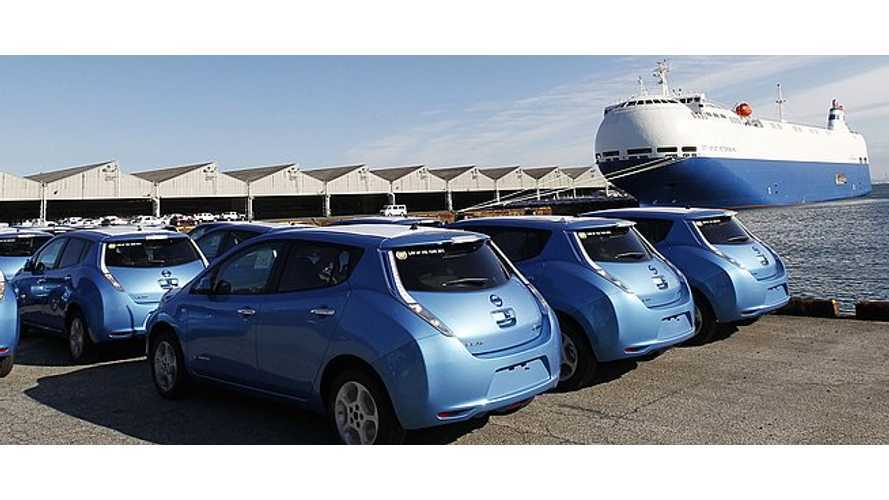 Nissan LEAF sales hit a fresh 2012 low with just 370 deliveries in the month of April. That number represents a fall of about 200 units over March (579) and far from a high of over 1,700 mid last year. Unfortunately for Nissan, the media stateside has been more than a little unkind of late, saying that this year's results show a weakness in demand for the car. A fact that simply is not accurate.

Prior this sales announcement Ghosn has asked the media to have a little perspective on the matter, without elaborating so much as to the why:

"Don't take one or two months' sales results in one or two markets,"to make conclusions on this important segment of the market", while also adding that Nissan does still expect to sell over 20,000 vehicles in the US by the end of the year.

So, with only 2,100 sold through the first 4 months, is Ghosn's expectation to sell at least that amount for each of the next 8 months (on average)to hit Nissan's year end sales target realistic? It is...and here is why. Nissan currently allocates production to the US, it is not a function of demand, ie) they can only sell what they ship, when they decide to ship more, they will sell more.

The issues begin with the Nissan LEAF not being a US-specific car. It is a world car, and is being offered in 19 countries.   All of which are supplied by one very undersized battery planet, namely the AESC plant out of Zama, Japan.  However, this would not explain why Nissan was averaging about 1,000 units sold per month in the US right up to about October of last year, and why the sales have been cut in half since then.

Enter Renault, the 'other half' of the Nissan equation. Renault started production of the Kangoo ZE (all electric utility van) late last year, then added the Fluence ZE earlier this year, and then the Twizy just this month. And where are all these battery packs coming from to supply these new offerings?  The same AESC factory out of Zama. Demand for packs has become so great for Nissan-Renault have actually subcontracted LG Chem to produce some of the battery packs for the Fluence ZE in Europe.

The takeaway is that currently Nissan-Renault can only produce about 5,000 (LEAF sized) packs per month out of Zama, and that the partnership's production is divided amongst 4 cars (with a 5th, the Zoe, coming online soon), in over separate markets.  Basically, they are supplying everyone and satisfying no one.

The good news for Nissan, and future sales in the US, is that the Sunderland facility in the UK, and the Smyrna factory in the US, while not producing LEAFs, have now both started production of lithium cells, and the stress on battery production in the LEAF supply chain is about to be relieved.