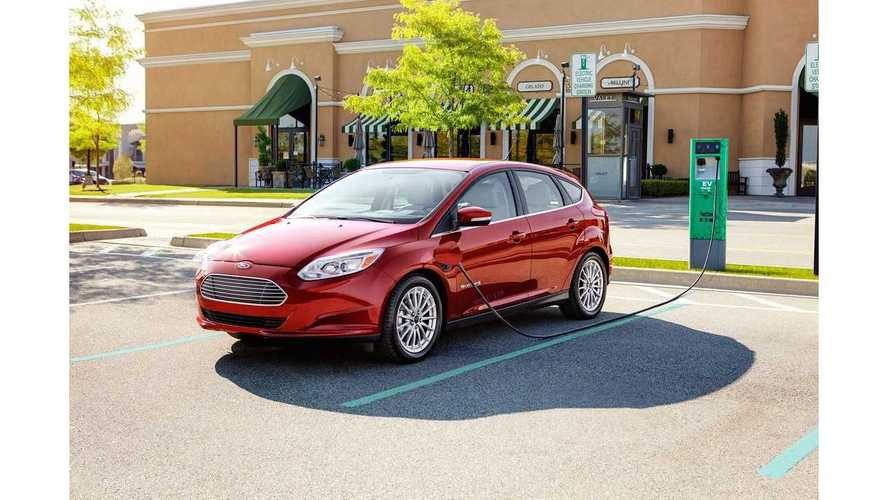 Antuan Goodwin at CNET took a ride in the Focus Electric.  Comparing his review with that done by Edmund's, one would hardly think we were talking about the same vehicle.  Why am I not surprised Edmund's?

Last week, I rather flippantly mentioned that I'd driven Ford's

new Focus Electric, but that I couldn't talk about it

Ford has some subtle and not so subtle ways of directing journalists to the message they want delivered. It could be a completely innocuous reason to put this story on hold, but whenever I see something like this coming from Ford I am thinking ulterior motive.  Like it could be that Ford wanted to pick and choose who broke this story first.

On the road, the Focus Electric rides nearly identically to the

gasoline powered Focus. That is, until you listen and realize that there is no exhaust note and no engine noise, only the gentle woosh of the road beneath the tires and the tiny, high pitched hum of the

How does Edmund’s come in upside down on this thing?  Does Prince Al-Waleed Bin Talal sit on the Edmund’s Board of Directors?  Is Edmund's long on Exxon and Shell?  I have no idea, except that I watched for a year as they ho-hummed and nit-picked the Volt despite it being one of the most awarded vehicles ever.

lanes for a turn at the next block? The Focus Electric will have you halfway down the block before most cars in its class have completed the 1-2 shift. The best part is that without all of the sound and fury

Between Edmund's and CNET let's not kid ourselves, Edmund's should be "the motor vehicle authority."  Yet it is our intrepid CNET Tech Dude who has hit on the most salient acceleration point for most people.  Do you really care what the 0-60 time for a car is?  Only if you are a certain kind of dude, discussing your car with the same certain kind of dudes.  For the rest of us, fast acceleration matters only in the situation described above, or when trying to enter into traffic from a stop, or when merging.  Situations electric cars handle very well, better than most gassers, and they do it smoothly and quietly.  It is all very smile evoking.

as efficiently as possible, the Focus Electric's cabin is a pleasant place to be.

At one point, I found myself stuck in a small traffic jam and was surprised to find that I wasn't as frustrated as I normal am in such a situation

I only got to make a short lap of Downtown San Francisco, but I can imagine that spending a longer period of time with the Focus Electric

could be as relaxing as a yoga session

OK granted CNET Tech Dude is doing a press roll, and not racing to get to work first thing the morning, but he's right, there is something about electric that makes you more sedate.  What's really strange is step out of the electric and get in your gasser and your right back to your hard accelerating, hard braking, racing to be the first to the stop light ways.

Certainly when I encounter traffic with an EV my first thought is "well at least I will save my range."

To my finely tuned rear end, the Focus feels like a more

refined ride, soaking up the bumps of the city with more

Here Tech Dude is comparing the FFE to the Leaf.  I will note simply that his view is divergent from Edmund's.

To my eye, the Focus Electric looks like a regular car where

Ha!  Space Frog!  It's funny cause it is true.  Seriously, I will admit that I was one of those really ribbeting the Leaf on its looks, but in person it does look better.  Think we have to agree this was a positive review, congratulations Tech Dude your Ford passes to the Richmond 400 are in the mail! :)