Not Sure Whether To Go For Kia EV6 Or Hyundai Ioniq 5? This Video May Help

Both vehicles are very similar mechanically and from a tech standpoint, but there are still differences between them.

Hyundai was the first to pull the wraps off a dedicated electric vehicle built on its new E-GMP platform, but Kia quickly followed with its interpretation of the formula and both are undeniably very tempting vehicles. But what would make you choose one over the other? You’d think it’s more about choosing which one you like the look of better, but this video by Asian Petrolhead goes into additional differences that could change your mind.

He argues that there currently isn’t a variant of Hyundai Ioniq 5 that can match a Tesla Model Y Performance in terms of acceleration. However, there is going to be a Kia EV6, the EV6 GT, that will be a match for the Tesla, and it will, in fact, have a higher top speed than it too. With a claimed 0 - 100 km/h time of 3.5 seconds, the EV6 GT will become one of the quickest crossovers currently on the market, as the manufacturer tried to demonstrate in that drag race video against supercars.

And while you may think they are just the exact same chassis but with a different body on top, well, you would be wrong. The Kia EV6 has a longer wheelbase than the Hyundai Ioniq 5 and is longer overall too - this could mean it has less knee room for rear passengers. The EV6 is a bit narrower and not quite as tall as the Ioniq 5, so this leads us to believe that the latter will be the more spacious of the two.

We will still have to wait and experience both vehicles (and their sister model from Genesis), but it already looks like there will be some noticeable differences between all three of them. And we’re excited to get to experience these vehicles as they are some of the most compelling new EVs to recently be revealed.

Check out our debut articles for both vehicles 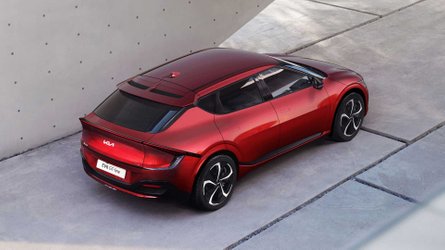 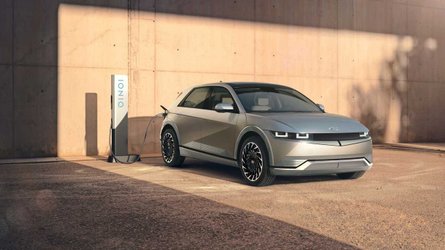