OP-ED: Tesla Is The New Porsche

Which automotive brand do you think will be the next to fall below Tesla's on-the-road presence?

The other day, I took a trip to visit my dad, a distance of about 70 miles one way. While traveling, I saw seven Tesla vehicles on the road. During the trip, I did not see one single Porsche. Porsche is a niche automaker, and while you could say the same about Tesla not long ago, the times are changing.

While I know this was just the luck-of-the-draw that day, it made me wonder. When I got home, I did some internet searching. As best as I can guesstimate, there are probably somewhere around 600,000 Porsche vehicles on the roads today in the United States.

Looking at Tesla's sales figures from InsideEVs, it looks like there may now be upwards of 600,000 Tesla vehicles on U.S. roads, too. It seems Tesla has sold some 1.2 million vehicles across the globe, but it doesn't provide data divided by country.

So, as far as I can tell, Tesla is now, or soon will be, surpassing Porsche in the number of vehicles on U.S. roads. Tesla's U.S. vehicle presence is now, or will soon be, greater than that of Porsche. As you drive around the U.S., you will see, on average, a Tesla vehicle more often than you will see a Porsche. The Tesla brand is becoming more visible and ubiquitous in the U.S. than Porsche. Wow.

Check Out These Related Tesla And Porsche Articles: 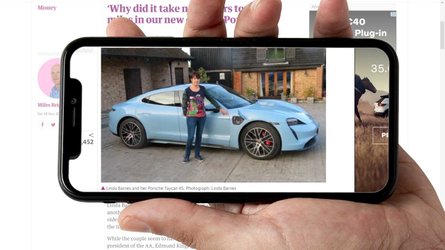 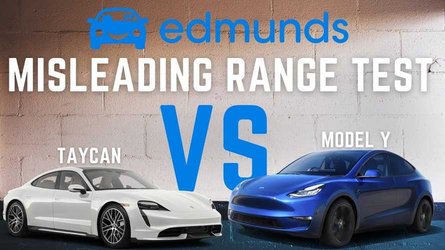 So ... one brand down, plenty more brands to conquer. Which automotive brand do you think will be the next to fall below Tesla's on-the-road presence?

By: Geoff Shelley
++
Got a tip for us? Email: tips@insideevs.com