Check Out This Amazing Tesla Cyber Roadster: Future Meets Past 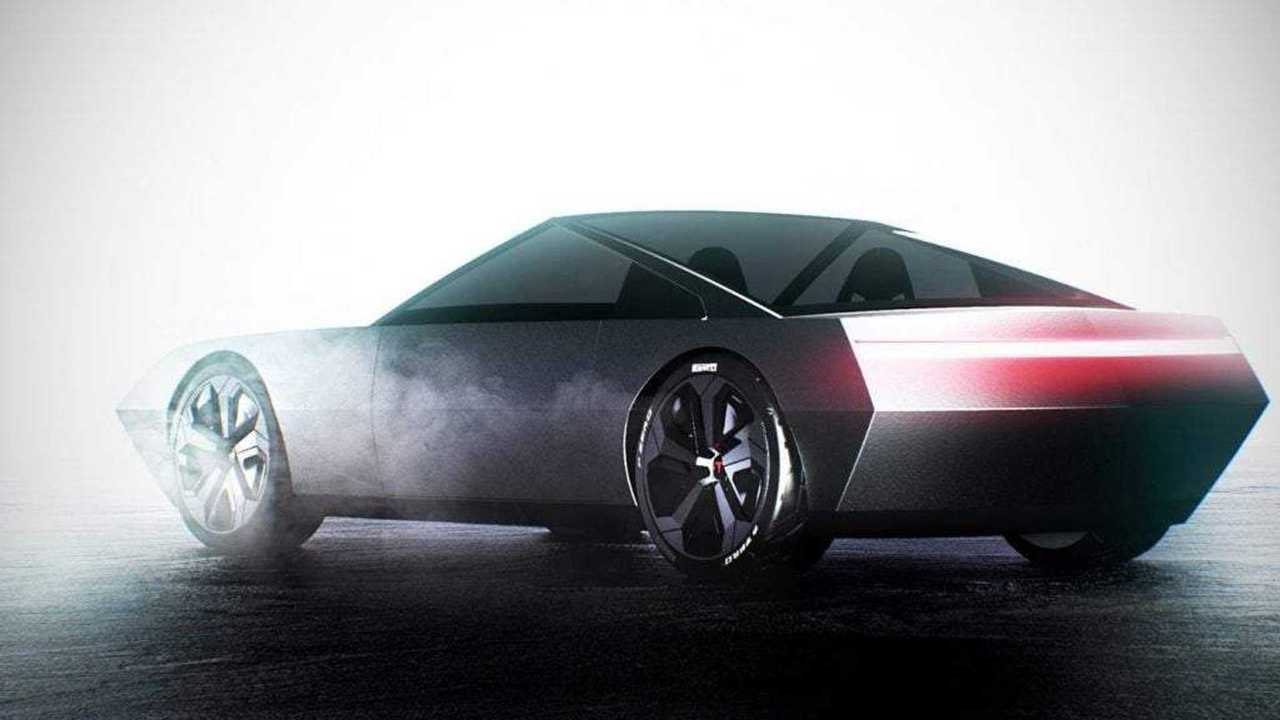 It's like a Tesla Cybertruck with cues from the Aston Martin Bulldog and the DeLorean.

Cybertruck has created quite a stir in the design community. We've seen Cybertruck replicas popping up all over the world. We've even seen a cool attempt at a Cyberbike! Tesla's design team even created a "little cousin" of sorts with a new ATV. So what if someone reimagined the Tesla's much-anticipated Roadster with influences from the Cybertruck?

These pics of the Tesla Cyber Roadster were posted on Reddit recently by u/AdamMoonlight but the original artist appears to be unknown. That said, the Tesla community flooded the post with 'upvotes' in approval of the irreverent design.

The extra-large frunk, triangular side windows, and large wheels might not be as aerodynamic as the Cybertruck but it's still clear where the concept gets its influences from — let's just hope the glass is shatter-proof.

Nevertheless, the design also looks like a nod to the past. It turns out that the 1980 Aston Martin Bulldog (see below) has a somewhat similar design aesthetic if we ignore the concept cars's flat and low roofline.

In any event, many Cybertruck enthusiasts think that the entire Tesla lineup should gradually transition to the Cybertruck design language. If this happens someday, Elon Musk's fleet of self-driving robo-taxis will definitely be ready for the Apocalypse.

To my eyes, this design rendering looks pretty sharp — like something James Bond would be comfortable driving in the future. Looking closely, the sleek horizontal headlight "strip" in front is something found on both the Cybertruck and it's closest competitor, the Rivian R1T.

Should We Still Expect The Tesla Cybertruck In 2021?

It looks good. Perhaps Tesla's Chief Designer Franz von Holzhausen would have kept the long light-slits (on the front and rear) a bit more slim and subtle? Hard to say. Check out the gallery below and judge for yourself.

Above: Tesla Cyber Roadster concept design based on the Cybertruck, artist unknown (Source: u/AdamMoonlight via Reddit)