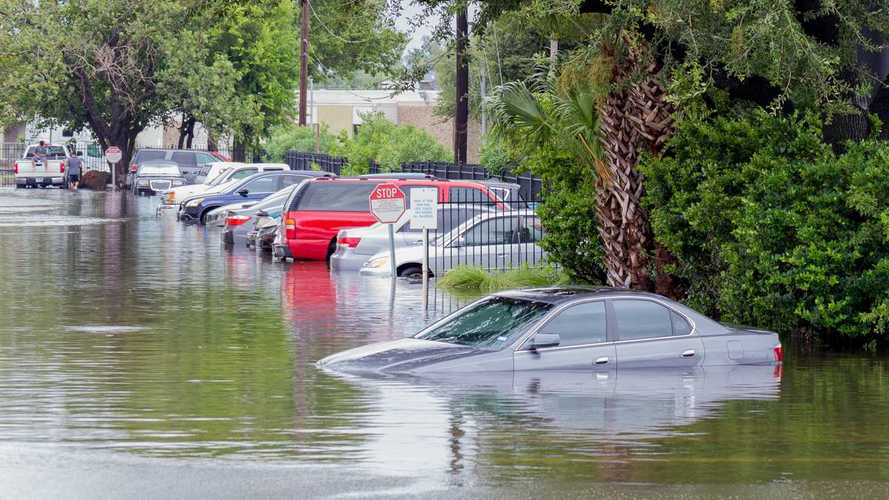 Perhaps a Tesla is the best option if you live in an area that experiences tidal waves and hurricanes?

We've published several articles about how Tesla vehicles may act like boats, at least for a limited period of time. This is because of their sealed battery pack.and the lack of an engine. Meanwhile, many gas cars will essentially suck water into their engines and be rendered inoperable, which often requires expensive repairs.

Ray4Tesla recently shared a few videos to Twitter, which were originally posted on Weibo via the Zhenhai Traffic Police. The videos show a Tesla driver in China driving alongside the Qiantang River, which regularly experiences tidal bores. Tidal bores happen when incoming tide travels upriver, against the current and acts as a tidal wave traveling over the river's edge.

As you can see, the tidal wave swamps the riverside, but the Model 3 owner continues to film. The water's force carries vehicles off the road, crashing into one another, and it appears that several vehicles are damaged and/or stranded. However, a Model S that's caught on video is able to drive away after the wave crashes over it and pushes it sideways.

The video footage of the tidal wave is epic. Hopefully, no one was hurt, and people are just temporarily stranded.

Was the Model S just lucky to not get hit very hard due to the large bus next to it? Perhaps, but as you can see, as soon as the Tesla passes the bus, the wave comes in hard. We'll never know for sure. We also don't know if any of the gas-powered cars eventually drove away later. However, in the video, they all seem to be parked and making no attempt to move.

Watch This Tesla Model 3 Fly Down A Flooded Road: Video
⠀

Is It A Boat Or A Tesla Model 3? EVs Top Gas Cars In Flood Conditions

We know electric cars have a host of advantages over gas cars, but foul weather isn't something many people cite as a reason to buy a Tesla. Many gas cars suffer expensive damage when they come into contact with deep water, and it's not uncommon for gas stations to be shut down when hurricanes and tidal waves hit, having an electric car could give you a notable advantage.