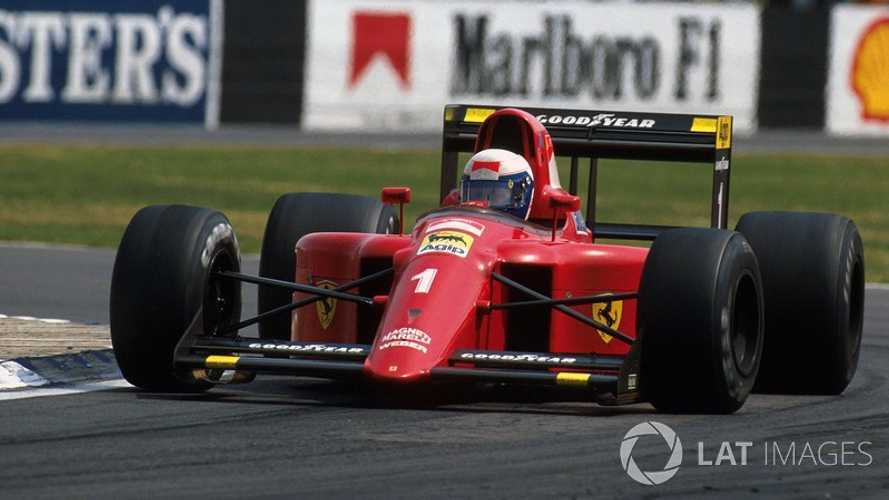 Alain Prost, like so many of us, is a person with opinions. Some of them strong. The former Formula One driver, one of the winningest ever, has just shared a number of them with Motorsport.com. And while we have great respect for monsieur, we not only disagree with parts of his points of view, we think some of them are ill-informed.

Alain Prost has a history with Formula E

Prost is concerned about, among other things, the survival of the European auto industry. It appears to be his view that the increasing restrictions on internal-combustion engines by various government entities will eventually lead to Chinese automakers dominating the sector.

"I don't care because I'm not part of the industry but I really hate that. It is stupid, stupid regulation."

That's right: keep plans in place to ban gasoline and diesel burners by 2040 and Volkswagen, Renault, Daimler, etc will wane, the roads of Europe will be crawling with electric autos from the likes of Geely, BYD, and Dongfeng Motor Co., and a million people will lose their jobs.

"We're going to lose I promise you, one million people [employees] in the next 10 years in the automobile industry if we don't change that. Today, if you had a big car with a diesel engine with the nice [pollution] filters, it should not be a problem."

And if that future's not scary enough for you, he raises the specter of slow and difficult to locate charging infrastructure. Or perhaps the encumbrance of not having a universal charge connector. All this regulation and change for naught, he opines. It's his view that there isn't a significant environmental advantage to electrification. This, despite overwhelming scientific evidence to the contrary.

"We ban diesel but at the end I'm sure that we are not going to reduce the CO2 with these measures. We could do it differently."

Prost's position is frustrating for us for a few reasons. One: for those of us who grew up watching him race at the highest levels, he's a hero. A maestro behind the wheel. And it's not like he's unfamiliar with electric vehicles, either. His son, Nicolas Prost, was a two-time champion in the pioneering Trophée Andros Electrique ice-racing series in France. He himself was a part-owner of the Renault e.dams Formula E team.

Now, we can't say that Prost is entirely wrong about European automakers shedding jobs, or that Chinese brands will increasingly find their way to the continent. That's pretty much a given. The thing is, there is little doubt that falling sales and the increasing automation of manufacturing guarantees job loss to some extent regardless. The world never stops changing and jobs never stop shifting from industry to industry. Will electrification speed that up? Maybe, but only looking at what is lost and not considering what is to be gained is a poor way to look at the world.

Increased competition from China means that European companies will need to step up their game and offer better value to their customers. If they can't figure out how to do that, it's not like they have a God-given right to exist. As always, companies need to produce value or perish.

Increased electrification of transport also means cleaner air. This translates to a higher quality of life and lower health care costs. And that's putting aside the entire climate crises. Take that into consideration and there is just no alternative. Electrify or perish, basically (this is not to suggest that the electrification of transport will save the world. It's obviously only one necessary part of the solution).

Prost voices a number of other opinions in our source article, many about the future of motorsport. Here, we are happy to sit back and listen without interjecting objections. Not even about how unlikely it is that hydrogen will be involved in a racing series any time soon.

As always, we do enjoy hearing your eloquently-stated opinions and invite you to share them in Comments below.