Ford Vs Tesla: The Film We're All Eager To See 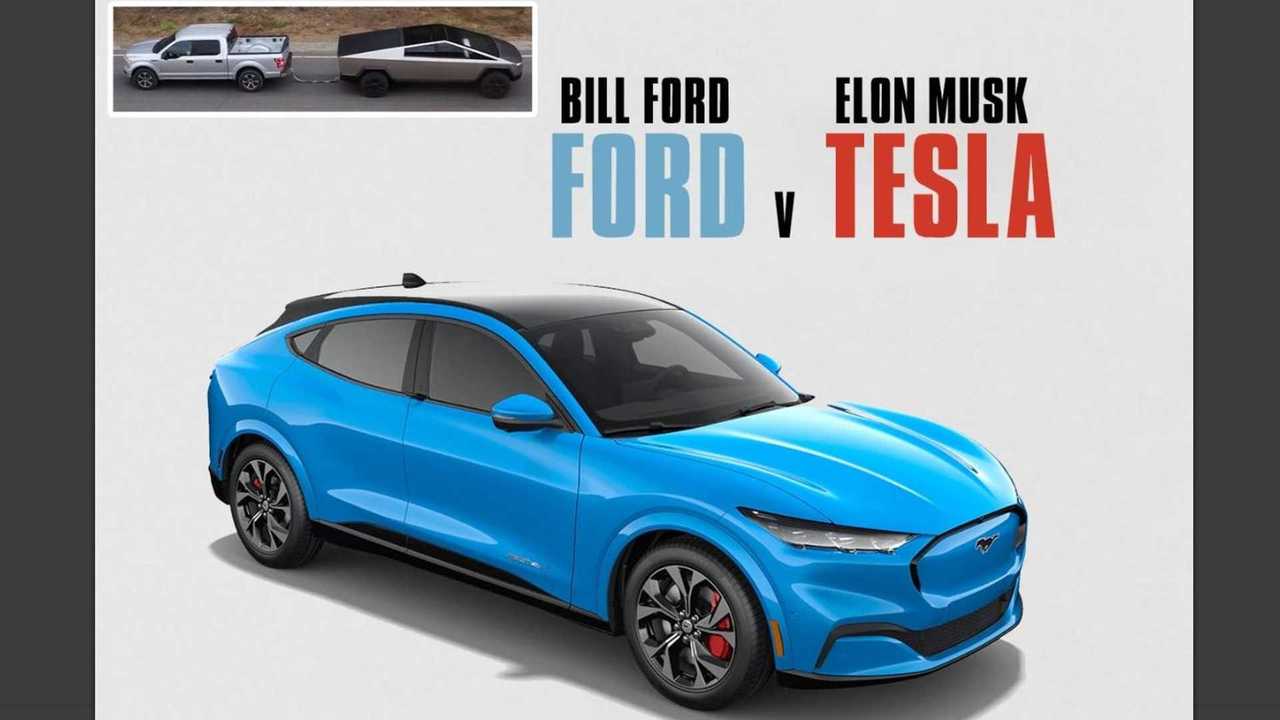 This is starting to get pretty entertaining to say the least.

Wait What? You Can't Charge The Ford Mustang Mach-E At Home?
⠀

Over the weekend, I got a chance to check out the Ford v Ferrari movie. My recommendation: you should go watch this flick if you have any interest in cars — especially as Ford appears to be on the cusp of doing battle with Tesla. To that end, there are some intriguing parallels that seem to align with Ford's prior battles with Ferrari decades ago.

Some background: Ford v Ferrari takes place in the late 1960s and showcases Ford’s entrance into the prestigious 24 Hour of Le Mans — a race that dates back to the 1920s. The race tests not only the speed of cars, but also their reliability as the same car has to race for a full 24 hours and end up covering distances of over 3,000 miles.

For some context, Ferrari was enjoying a lot of success from 1960 to 1965 where they'd won the race six straight times. Ford, at the time, was not seen as the "sportiest" of automakers and wanted to improve their image to drive buzz for the brand. The American company tried to buy the Italian racing brand in 1963 but Enzo Ferrari did not like the amount of autonomy he would have to give up to Ford and declined the deal.

In what some might call petty revenge, Ford took it upon themselves to create the groundbreaking sports car that we all recognize, the Ford Mustang, in 1965. But Ford also wanted to beat Ferrari at their own game and enlisted Carol Shelby to help beat the Italians in Le Mans. Thus the legendary GT40 was created. The GT40 would not finish its first Le Mans in 1965, but it would return in 1966 to take down the Ferrari and win 4 straight Le Mans until 1969.

I bring all this up because Ford might now be attempting to repeat a battle where it sets out to beat a new opponent at their own game. Except this time instead of an opponent that's across the Atlantic Ocean, they’re across the country — right here in the United States.

California's Tesla is enjoying domination in the electric car market, much like Ferrari was enjoying at Le Mans all those years. As far as I know, Ford never tried to buy Tesla like they did Ferrari, but I'm sure the folks over in Dearborn, Michigan would like to beat Elon Musk with their own electric car.

Interestingly enough, both of these battles start with a Mustang. While Ford v Ferrari focused more on the GT40, screen time was given to the unveiling of Ford's Mustang which marked the company's intention to build sports cars. Fast forward more than 50 years later and now we have Ford unveiling its Mustang Mach-E and announcing the company’s intention to build electric vehicles.

While the Mustang namesake is one of the most celebrated in the industry, Ford's Mach- E will be stepping into uncharted territory — much like Ford did all those years ago at Le Mans. Once the underdog, Tesla for the first time will be seen as a juggernaut and the company to beat as established automakers start to make electric cars.

That said, Ford has been making millions of cars annually while Tesla is still pushing to produce 100,000 vehicles in a single quarter. However, when industry observers start to focus on electric cars specifically, the script will be flipped and Tesla will be the one to beat. A recent report states that Ford is planning initial production of 50,000 Mustang Mach-Es in its first year. That translates to about 4,166 Mach-E crossovers a month, while Tesla is currently producing over 12,000 Model 3 sedans a month.

With both the Tesla Model Y and Mustang Mach-E launching next year, the face-off will be fun to watch. This will be the first battle between the two and we'll see if it will end up looking like the ‘65 race where Ford didn’t even finish the race or the ‘66 race where they shocked the world.

Another thing to keep in mind: Ford's F-series of trucks remains some of the best selling in the world. Therefore, the plot thickens. The Ford v Tesla battle will continue to rage on as Ford releases its electric F-150 which will go up against Tesla's new Cybertruck.

For what it's worth, Tesla's Elon Musk already threw down the gauntlet with Ford, posting a video on Twitter of the Cybertruck pulling a Ford F-150.

Not too long after the video, Ford's VP Sunny Madra tweeted out to Musk to have a Cybertruck sent out for an “apples to apples” comparison. Musk’s response was three simple words:
Ford's grandstanding would not last long, as Fox News would ask a Ford spokesperson if the challenge would go on. They replied with:

“Sunny’s tweet was tongue in cheek to point out the absurdity of Tesla’s video, nothing more.”

Anyways.... mark your calendars and start taking bets (responsibly of course) and let’s see if Ford v Tesla might become the new Ford v Ferrari. It will be fun to see how the next chapter unfolds in this ever-evolving story.