What Do I Drive? BMW i3, Focus Electric, Mitsu i-MiEV, More: Here's Why 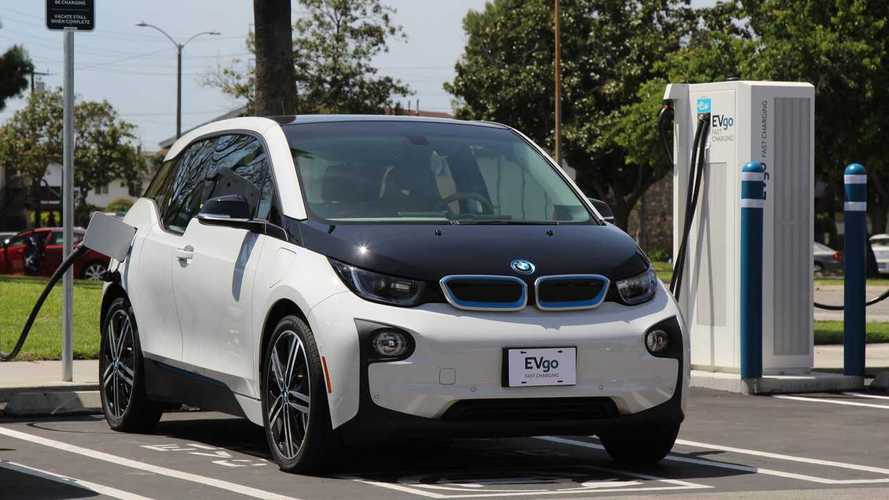 Our fleet is due for some trimming for sure.

More "What Do I Drive" Features:

Our BMW i3 and my Edison Electric bike

Our SLK230 is a holdover from our internal combustion days. We bought it new and, quite frankly, have never had a strong reason to sell it. We haven’t driven it very much as its 103K miles can attest. It’s fun, but it’s an expensive car to maintain with lots of fiddly pieces that tend to go wrong. And they go wrong more frequently when it sits for long periods. Its days with us are numbered.

Our 2012 Mitsubishi i-MiEV was purchased on a whim as an experiment that I conducted for an article. The idea was to buy the car on eBay, document the experience, and then sell it on. However, a strange thing happened that was very much unexpected: I found that I really liked it. So, I held on to it for a few years and then passed it on to my father when I leased the BMW i3. My father recently stopped driving, so I reclaimed the car and I couldn’t be happier to have it back.

The fun thing about this car is that when I purchased it, the previous owner had stripped the car of its badges. Being a car nerd and a lover of all things the French have done to automobiles, I knew that the car was sold in Europe by Citroen as the C Zero and by Peugeot as the Ion. I ordered Citroen badges for it and now occasionally get chased down by some excited French expat who demands to know how I got the car in the country.

It’s a great little car so long as one’s expectations don’t get the best of them. The handling is - well, let’s just say acceptable. Same with comfort. It’s just okay. Luckily, with such a limited range, I’m never in it long enough to test my spine’s endurance. Where it shines is as a grocery-getter and Costco run vehicle. It’s simple to park and is fairly capacious. I’m pretty sure that the back seats have spent fewer than 5 days in the non-folded position. I think of it as a pickup and don’t hesitate to load it down with mulch or whatever I need to carry.

I paid $7,000 for the i-MiEV with a grand total of 10,880 miles on the ticker. That included delivery to my home in Atlanta from Dallas, Texas. It’s been reliable and though it used to be capable of 80 miles if driven carefully, mine now is only capable of 62 miles. By the way, that was its original EPA rating.

Our Focus and i-MiEV with a visiting test car

The 2013 Ford Focus is what my wife drives most often. It’s actually our second Focus Electric. Our first was a leased example that was our first EV. We picked it up in March 2013 and liked the car a whole lot. So much in fact that when the lease was up, we wanted to buy it. However, with used examples selling at between $8000 and $9000, the lease buyout at $18,500 was a no go.

Because the MyFordMobile app allowed me to track the car post-return, I was able to track it to a local dealer. I attempted to get them down on price, but they were a tough nut to crack. The lowest they’d go was $12,000. Luckily, I was able to find the exact same car - right down to the color - at a used car lot 5 miles from my home. And it only had 500 more miles than the car I’d turned in. Best of all, they were asking $8000 for it. We bought it immediately.

The Focus Electric was only built with one trim level - loaded to the gills. It’s a pretty good car. The 2012 - 2016 models lack DC charging. But, the 6.6 kW onboard charger gives a full charge in 3 hours. Originally rated at 73 miles, we can still get very close to that number. For being a compliance car, it’s really well-engineered.

Where the Focus fails is in the hatchback. The battery takes up a sizable amount of space which hurts functionality to some degree. Also, it’s clear that Ford didn’t pay a lot of attention to driving dynamics. It’s twitchy on the freeway and the traction control is quickly overwhelmed by torque. It’s easy to spin the wheels in the rain and with enough practice, this can be done right up to about 30 miles per hour.

In early 2017, I realized that the i-MiEV was not going to cut it. My commute changed and included a long stretch on an undivided four-lane road. It’s the last car you’d want to be involved in a head-on collision in. Plus, I’ll admit, the 2017 BMW i3 had caught my eye.

This was just about the time that the Bolt was released in California only. So I stopped looking at the i3 and tried to lease a Bolt and have it shipped to Atlanta. GM didn’t want to play ball and refused to lease the Bolt to me unless I had a California driver’s license. Not wanting to buy or wait for the Bolt to come to Georgia, I passed and leased a 2017 i3.

I didn’t get the range that I would have with the Bolt. But, with a 33 kWh battery, I’ve been able to drive it pretty much anywhere I’ve needed to go. And when I couldn’t, the old Benz or a rental car has gotten me there. I’ve done 400-mile trips that mostly went okay. However, with a 120-mile freeway range, the i3 requires frequent charging stops. More than once, reliability problems with Electrify America have given me fits. That being said, if you have time to travel and you have reliable infrastructure, the 33 kWh i3 is a perfectly reasonable option so long as you’re not a frequent traveler.

The i3 is interesting. I didn’t opt for the range-extended model because it feels like cheating to me. Plus, I didn’t want to fool around with service and emissions. I’ve found that it’s almost impossible to expend the battery in a day’s worth of city driving. It’s comfortable, the interior is beautiful, and it holds a lot.

It’s also fast. Acceleration is strong, particularly off the line. That makes city driving very easy. It’s handling is good as well. The ride is firm and the use of carbon fiber in the shell of the car makes for very little chassis flex. Combine that rigid chassis with low profile tires, and you feel every bump in the road. We have the 19-inch wheels. I’ve driven the i3 with the 20-inch wheels and it’s even more unforgiving.

The downside to the i3 is the back door design. It’s hard to get people in and out with the suicide door setup. Parking lots just about makes it impossible to use them without dropping into expletive-laced tirades. The looks of the car are polarizing - folks either love it or hate it. Then, there are the tires. They’re expensive, and in our experience, prone to damage and blowouts.

That being said, I like the i3 quite a lot. The lease is over on it in a couple of months. It’s going back to BMW. And because my commute is now much shorter than when I originally leased the car, I’m going back to the i-MiEV on rainy days but will continue riding my Edison Electric bike most of the time.

As we prepare to jettison the old Benz along with the BMW, we’ve realized that it will leave us with two old EVs with little in the way of range. That will probably work for us most of the time. But we need to consider buying at least one new car. My wife is quite taken with the Mach E and has plunked down the reservation fee. I’m still looking at the Bolt as a good solution. But, to be honest, my driving needs come in a distant second to hers these days because of my cycling to work and public transportation options.

We Also Drive These EVs:

Another option we’ve considered is finding a used 2017 or 2018 Focus Electric and a used Bolt. 2017 saw the introduction of a bigger battery and CCS charging on the Focus and I’ve never really lost my desire for the Bolt. It seems to me that we can acquire both of these for roughly half of what it will take to buy the Ford Mach-E. Clearly this is not nearly as exciting an option though.

As for the bike, if you’re in the market, check out what Edison offers. Mine has provided me reliable transportation to and from work for a year and a half. It’s a great bike.

Tell me, InsideEvs readers, what we should do? If we get the Ford Mach-E, we’ll keep one of our old cars. Should that be the i-MiEV or the Focus? Or, should we forget the Mach-E and look for low-mileage examples of the 2017/18 Focus with CCS and the Bolt?

Astute readers may be asking themselves “What about Tesla?” We like the Model 3 and it’s also up for consideration. It lacks the hatchback that we want but it has the benefit of the Supercharger network. So, it’s on the list as well. Once the Tesla Model Y hits the market, I’m betting that the market will be flooded with used Model 3s.

Tell us what you think. We’ll be monitoring the comments.