The Now You Know YouTube channel shows that they are very different animals.

You have probably been bombarded with headlines that say the Porsche Taycan is a Tesla killer. That the American EV manufacturer should worry about the new Porsche. Truth is these headlines are wrong. Under technical specifications or pricing perspectives. Especially under the latter. We could ask a talented artist to draw that for easier understanding, but the guys from the Now You Know YouTube channel have made even better: a video.

The most helpful aspect of it is that it does not slash the new Porsche’s issues as if it was not as good as the Tesla Model S. It is a very competent car. We could expect nothing less from Porsche, by the way. And that is fantastic as a whole for promoting EVs. 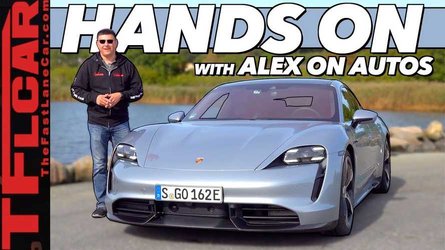 Should Tesla Be Worried About The Porsche Taycan?
⠀ 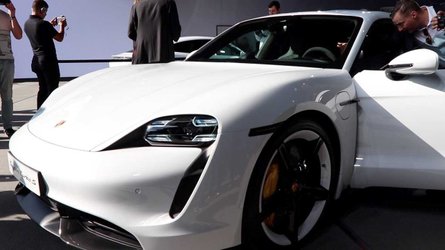 Porsche Taycan May Not Be A Tesla Killer, But It's A Porsche Killer

Think about it: If the Taycan were a lousy vehicle, it would not only damage Porsche’s reputation. It would affect electric cars as well. That said, it is very nice that the German carmaker is now selling its first electric vehicle and that it is an excellent car.

Anyway, when you compare the Taycan to the Model S and the Model 3, you’ll find it expensive. Probably too much money for what a Model S already offers, as the video shows. Zac and Jesse even point out aspects we had not considered when making our articles about Porsche’s première.

One of the most interesting is that the Taycan just looks like any ICE car, with an interior that could be in any other vehicle of the German brand. And that is on purpose, according to this great article from John Voelcker on Green Car Reports. Porsche wants its fans to feel at home in the Taycan even if it does not have an engine.

Will its price help it sell as much as a Tesla? Definitely not. But that is undoubtedly on purpose. By having the Taycan cost much more than any Tesla, Porsche avoids any direct comparison among them. Watch the video, and you will never have to ask why again.

We did, and we were gladly surprised to be mentioned in it. We thank Zac and Jesse for that and for helping us clarify once and for all: the Taycan is fantastic for EVs, but it is not a Tesla killer. Forget any headline that goes in that direction. It was probably written by people that know less about the Taycan or Tesla than you do.

On today's episode of "In Depth" Zac & Jesse talk the Porsche Taycan and whether or not it is truly a "Tesla Killer".