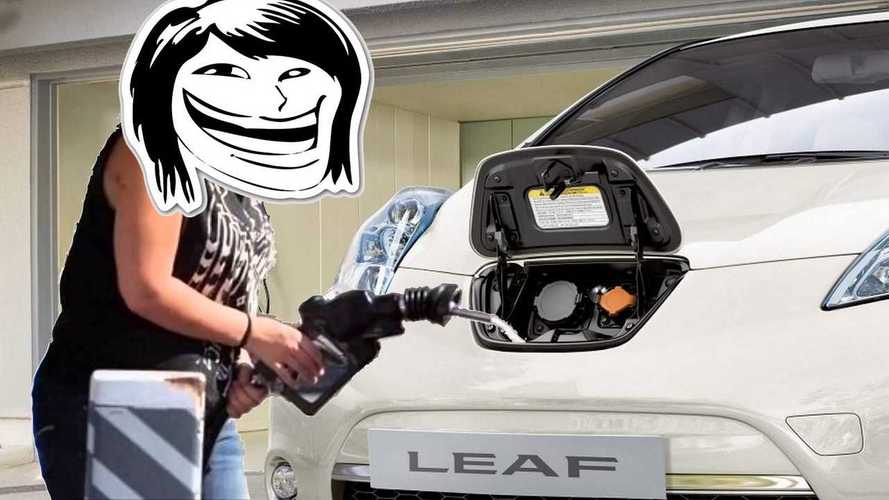 Einstein once said: “Only two things are infinite, the universe and human stupidity, and I'm not sure about the former.” Karl Popper had a similar remark: “While differing widely in the various little bits we know, in our infinite ignorance we are all equal.” While they already knew that, it is always shocking to face any evidence of that. Such as flat-earthers. Or anti-vaxxers. Or people that think that EVs run on gas, but we were not aware of them. According to “an independent global survey across Europe, China, and the US” Ford hired, they exist.

That is what Ted Cannis, Ford’s global director for electrification, revealed in a recent text he published at Medium. According to the survey, 42 percent of all Americans believe EVs need gas to run. As if the definition of “electric vehicle” was not clear enough.

Campaign For EVs Compares Them To Internet Resources At The Beginning

Cannis exposes this and other unbelievable beliefs about EVs. He also urged education on EVs to be a priority. As he could not help it, he also says Ford will help get this fixed.

Most of the text praises Ford’s efforts to create an electric vehicle. It will be fast, convenient, safe, and fully capable of everything people expect from their ICE vehicles. The company is yet to present it, but there is a good chance that this car will be the Mach E, the Mustang-inspired SUV Ford will reveal in 2020.

Apart from the 42 percent Americans that believe EVs run on gas – we wonder if they put gas on vacuum cleaners or shavers – the survey also brings interesting info. It discovered that 90 percent of Americans and Europeans think EVs are slow. Anderson Cooper already told us he is among them.

But there is one thing that Ford presents as a myth that still needs contrary evidence. According to the survey, 67 percent of Americans and 68 percent of Europeans don’t think EVs can tow and haul decently.

The Tesla Model X is an EV that can tow, but the guys from the TFLCar YouTube channel have made videos that show it is hard to charge with a trailer. More than that, they have realized that regular trailers eat up range twice or even three times as much an EV would require for the same distances.

While no one tries to repeat the experiences to check if the videos are correct, they are all we have on EV towing capacities. For the moment, this is something that really needs to be addressed by future electric pickup trucks. Tremendous torque to put things to move is not the issue. Towing for many miles without having to stop very often is the current challenge.