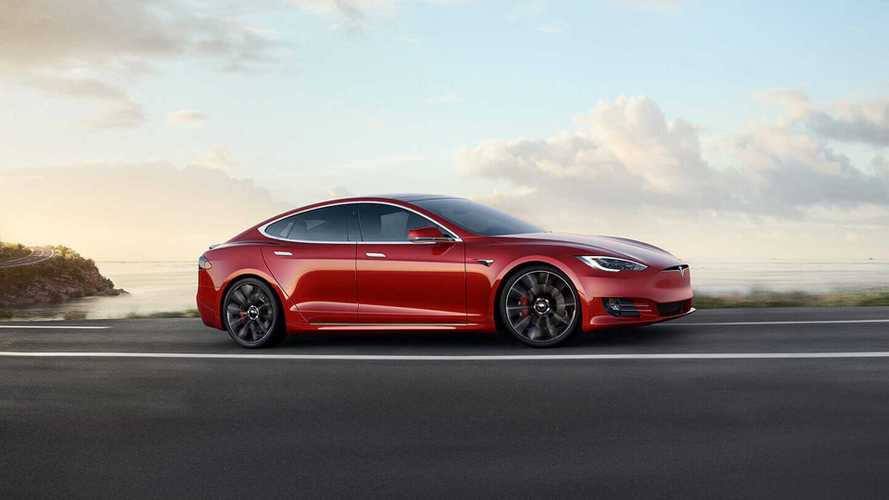 It seems the long tailpipe myth will never go away.

One of the biggest arguments in favor of the widespread adoption of electric vehicles is that they produce fewer emissions and are therefore better for the environment. Tesla’s mission statement has long been (and continues to be) “to accelerate the to accelerate the advent of sustainable transport by bringing compelling mass market electric cars to market as soon as possible.” The key word being sustainable.

Above: No tailpipe vs. tailpipe (Image: Current Automotive)

Tesla has pursued this goal by making its electric cars sexy, high-performance machines that ooze style and are loaded with cutting-edge tech – therefore creating more demand for sustainable transport.

However, the modern history of the electric car has been accompanied by a band of naysayers who spin a different tale. They say that electric cars are just as bad if not worse than gasoline cars: Electric vehicles still run on fossil fuels if they’re charged where coal is dominant! Plus, electric vehicles use lithium-ion batteries, the creation of which creates tons of carbon emissions! This is known as the long tailpipe argument.

As we consider the long tailpipe of an electric car, let’s not forget that gas cars have a long tailpipe too. Building oil rigs, extracting oil and shipping oil to refineries all create emissions. Refining oil into gasoline takes an extraordinary amount of electricity. Shipping that gasoline to fuel stations creates yet more emissions. In this way, a gas car’s long tailpipe keeps growing the longer the vehicle is on the road.

While manufacturing a battery-electric vehicle can potentially create more carbon emissions in manufacturing than a comparable gasoline vehicle – things change as soon as the cars begin their lives on the road. According to “Cleaner Cars from Cradle to Grave,” a 2015 report by the Union of Concerned Scientists (UCS), the average MPG a gasoline car would have to meet in the United States to produce less lifetime carbon emissions than an electric car is 68 mpg.

There is no gasoline vehicle for sale in the United States today that is rated to get 68 mpg or more.

“Over its lifetime – from manufacturing to operation to disposal – a battery-electric vehicle cuts emissions over 50 percent relative to a comparable gas car,” states the UCS report. Take a look at this short video for a simple comparison on carbon emissions from gasoline cars and electric cars...

Gasoline cars will continue to produce tailpipe emissions during the entire lifetime of a vehicle. Electric cars, which produce no tailpipe emissions, stand to produce less emissions from their source of energy as the nation’s energy grid switches to more renewable sources – which is bound to happen. [Note: Updates to the UCS study have already shown significant improvements.]

Gas-burning cars will continue to deplete a limited supply of energy. There is no way around using oil when driving a gasoline car – the vehicle won’t run anything else – and it will take a few million more years for the earth to create more oil.

Meanwhile, the sun rises every day and the winds of change are blowing through the energy industry.

Electric vehicle batteries are also outperforming many of their worst expectations. Tesloop, a shuttle service that exclusively uses Teslas, has several incredibly high-mileage cars. One car has over 450,000 miles, two have over 300,000 miles, and five have over 200,000 miles. Only one has had to have its battery replaced, and that was due to extreme Supercharger use.

The longer vehicles can stay in service, the fewer new cars that have to be manufactured, further reducing carbon emissions.

When an electric vehicle does finally reach the end of its life, the batteries are still usable for functions besides transportation. Tesla and other companies are already planning to use old EV batteries for things like off-grid energy storage.

Above: To learn more about Tesla's commitment to sustainability including its plans for batteries at end-of-life, check out their Impact Report (Source: Tesla)

“Electric vehicles are a critical part of the American transportation future given their potential to dramatically cut oil use and global warmings emissions – especially when charged by a clean-electricity grid,” states the UCS report. “From cradle to grave, battery-electric vehicles are cleaner.”