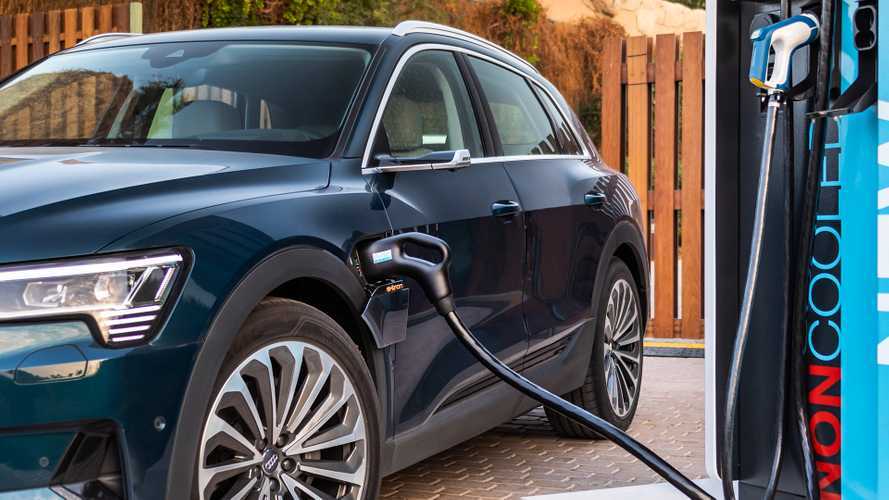 Surprise, people are getting on board with EVs

While plug-in electric vehicles still account for a small fraction of new cars sold every month, they're still expected to be the pick of consumers looking for an alternative-fueled vehicle through 2030, according to a new study.

Starting In April, Only Electric Cars Will Be Exempt From London Congestion Charge

Where Will EV Charging Stations Of The Future Be Located?

"Of the competing powertrain options, (plug-in EVs) are close to becoming the leading conventional alternative and are best positioned to lead the future light duty vehicle (LDV) market," Navigant Research said in regards to a study it conducted last month. That data is based on sales of EVs doubling from 2017 to 2018 in North America, and increasing 77 percent in China over the same period. Sales in Europe, however, increased by a less substantial 39 percent.

Hurdles remain, Navigant said, from consumer awareness, to charging infrastructure, other alternative fuels and the internal combustion engine continuing to get more efficient. In Europe, at least, relatively stable fuel prices have seen more consumers looking for efficiency to leave diesel engines for small-capacity gasoline engines, especially in small vehicles. The study does predict, however, that the booming crossover EV segment will bolster sales in 2019 and 2020, and the global availability of the Tesla Model 3 this year will increasingly tip the scales in favor of plug-ins.

Which all makes sense considering how far fuel cell vehicles have to go in terms of infrastructure and acceptance. Big automakers such as Volkswagen are on the cusp of releasing new EVs en masse, and a surge in low-cost options or models with longer ranges are expected to continue to make charging concerns less of a deterrent for potential customers. EV manufacturers are teaming with companies to improve the public charging infrastructure, which is also swaying governments in some cities to insist on electric vehicle adoption to cut emissions in polluted areas.  That may be the biggest sign plug-in electric adoption isn't going to stagnate in the coming years.