Will These Three Things Lead To The Demise Of Electric Cars?

THE THREE THINGS THAT WILL KILL ELECTRIC CARS FOR REAL

If you’ve read anything about electric cars, you’ve no doubt come across the arguments that suggest the world is still not ready to give up its century-and-a-half dependence on the internal combustion engine. The various cases against electric cars have evolved over the years, but these days there seem to be three in particular that keep making the rounds. Let’s take a closer look at them. 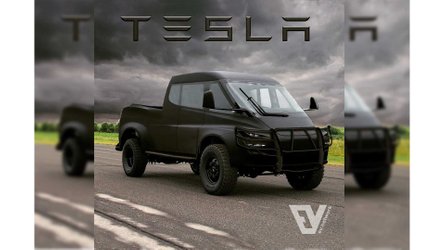 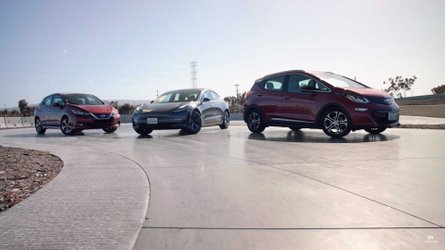 Claim #1: “Electric cars are actually dirtier than gasoline cars because of the environmental cost of making the batteries. And they’re powered by coal-based electricity!”

Read any comments on a story about electric cars and you will quickly find someone claiming that electric cars are only as clean as the grid from which they draw electricity. Once you also take into account the costs of producing the batteries, these critics argue, it turns out that gasoline cars are actually better for the planet. Therefore, we should all just drive gasoline cars.

A study by the Union of Concerned Scientists, for example, shows that the average electric car has fuel economy that is the equivalent of getting 80 miles per gallon. Another study by the VUB university in Brussels found that even the dirtiest electric cars are cleaner over their lifespans than diesel vehicles.

The assertion that electric cars are just as dirty as gasoline cars becomes less true every day. If you take coal-generated electricity out of the equation, the carbon footprint of an electric car over its life cycle is far better than any gasoline vehicle. The passive benefit of electric transportation results from coal being in decline as a resource – not because we are running out of it, but because we just aren’t using it as much. Ten years ago, coal accounted for 50 percent of the energy sources in the US grid. Today, it’s less than 30 percent. While coal continues to decline, renewable sources like wind and solar are on the rise. So if you own a Nissan Leaf, it gets cleaner every day without you having to do a thing. A gasoline car does not have this virtue.

Claim #2: “Electric cars subsidies basically just amount to a transfer of wealth from poor to rich. And anyway, the government shouldn’t put its thumb on the scales. The market should decide!”

If your goal is to reduce greenhouse gas emissions (not a bad one, if you think we should do anything at all about climate change) and you support market-based solutions, then subsidies for electric cars are probably a pretty good idea. Democratic and Republican governments in the US have agreed on clean energy subsidies for decades. In the US, some buyers of electric cars can benefit from a federal rebate of up to $7,500. However, this has been reduced to $3,250 if you’re buying, for instance, a $76,000 Tesla Model S (rich people) or a $36,620 Chevy Bolt (not so rich people).

Both the Tesla Model S and the Chevy Bolt are good cars and cost very little to run since they are powered by electricity instead of gasoline, so they would still sell well even without the rebates. But when you consider that such electric cars are still outsold 15-to-one by gas-guzzling pickup trucks in the US, rebates of this nature seem like the least we could do.

Even with such rebates, we’re far from a level playing field. The oil that fuels gasoline cars may be the most subsidized molecule in history. The US government alone has given the oil and gas industry more than $470 billion in tax breaks over the past century; or $4.6 billion a year, according to a 2015 study by the Obama Administration. About 45 percent of US oil production would be unprofitable without the support of federal or state subsidies, according to a recent study published in Nature.

But all that’s peanuts if you consider the advantages for those in the oil industry in being allowed to evade costs related to trash collection.

For the past couple hundred years, fossil fuels companies have been allowed to pump carbon into the atmosphere free of charge. In 2015, the International Monetary Fund (not known as the tree-hugging type) did the math and found that, once you fully account for the environmental damage wrought by carbonous discharge, the fossil fuels industry has been enjoying an effective subsidy of $5 trillion a year.

Five trillion dollars of subsidies would go quite a long way to accelerating sales of electric vehicles.

If millions of electric cars start coming online all at once, the electric grid as it exists today won’t be able to cope, according to many commentators. Transformers will blow out, wires will frazzle, cities will black out, and children’s dolls possessed by the spirits of dead serial killers will come to life and commence murderous rampages. We should stop electric cars while we still can!

According to empirical calculations, however, even if a quarter of all cars on the road were electric, the US grid could maintain service without much disruption at all.

And beyond that? Well, that’s an economic opportunity.

To prepare for a future in which all cars on the road are electric, countries like the US and China will be investing in their electrical infrastructure. That means building new transformers and installing upgraded wiring, as well as modernizing the grid so that it can readily accept power fed back into it from car batteries that store renewable energy.

As grids get smarter, through sensors and software, they can support electric cars that charge and discharge at various times so that electricity use can be stabilized throughout the day and night. That’s good for utilities because it makes generation requirements constant and predictable. Someone – whether user, manufacturer, or government – will pay for the extra demand, so utilities can look forward to lots of revenue that didn’t previously exist. In sum, this means a smarter, more stable grid, more jobs, and de minimis rampaging serial killer dolls.

The auto and oil industries have been telling us for decades that electric cars just won’t work. They’re too expensive! They lack range! There aren’t enough charging stations! Consumers don’t want them!

As technological developments keep proving these excuses wrong, the arguments for not going electric keep getting more ridiculous. Don’t fall for them.

*Hamish McKenzie is a journalist and the author of Insane Mode: How Elon Musk's Tesla Sparked an Electric Revolution to End the Age of Oil, a book about the transition to electric cars and a clean energy economy. He was hired by Elon Musk and worked for Tesla in 2014/15 before leaving to write the book, and now he's one of the founders of Substack, a subscription publishing platform. He's from New Zealand originally but lives in San Francisco.

By: Hamish McKenzie
++
++
Got a tip for us? Email: tips@insideevs.com