COLD WEATHER’S IMPACT ON ELECTRIC VEHICLES, AND HOW TO COMBAT IT

Since winter is making its last strike at the Midwest and Northeast this week, it’s a good time to take a look at how cold weather affects electric vehicles. In particular, electric vehicle shoppers are concerned about their range decreasing. This February, AAA released a report detailing just that. 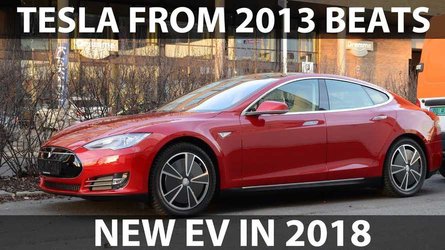 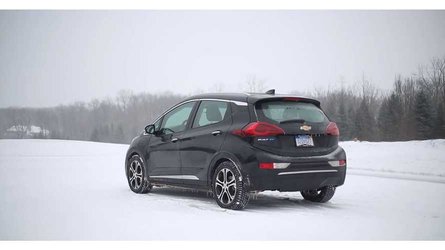 AAA tested five battery electric vehicle models that all bring at least 100 miles of range on a full charge: a 2018 BMW i3, 2018 Chevy Bolt, 2018 Nissan Leaf, 2017 Tesla Model S 75D, 2017 Volkswagen e-Golf. Each of the five cars were fully charged, then run on a dynamometer (a treadmill for cars) six times in different conditions until their batteries were empty. The cars were run twice at three different temperatures: 20 degrees Fahrenheit, 75 degrees Fahrenheit, and 95 degrees Fahrenheit. One run at each temperature was done using climate control, one run was done without.

Compared to running at 75 degrees, the cars experienced the following:

All batteries, whether they’re in cars, cell phones, or laptops, have an ideal operating temperature where they can deliver the most energy without losing it. This is why your cell phone doesn’t last as long if you’re using it while it’s cold outside, or why it may automatically shut down if it begins to overheat.

Specifically, cold temperatures slow down chemical reactions within a battery, reducing power output and threatening battery life. Electric vehicles have been designed to protect themselves with onboard heaters to warm the battery. Electric vehicles carry a limited supply of electricity onboard with them, so the energy used to heat the battery isn’t being used to turn the wheels, reducing the total available range.

Road conditions can also make a difference. Winter brings wet and snowy roads, which increases the amount of resistance a car has to overcome to get moving. Therefore, the car has to use more electricity to get up to speed compared to a dry road, resulting in less range.

Driving conditions aside, the biggest impact on range is the use of climate control. It takes a lot of energy to heat or cool an environment. For example, think of your home. When you’re cranking the air conditioning or heat at home during the hottest and coldest months of the year, your electricity and gas bills are bound to be much higher. That’s because you’re using so much more energy to maintain a comfortable environment at home.

While a car may be smaller, it still takes a lot of energy to heat or cool the cabin. The inefficiency of internal combustion engines means they actually have an advantage in this area. Engines produce tons of heat as a waste byproduct of their operation. During the winter, some of that heat isn’t wasted, it’s used to heat up the cabin instead.

Because electric cars are so much more efficient, they only produce a fraction of the heat an internal combustion engine does. While that reduces your running costs, it means they have to draw electricity from the battery directly to warm things up. Again, any electricity being drawn from the battery that isn’t being used to turn the wheels will reduce the total range available from a full charge.

HOW TO HANDLE IT?

The good news is that most new electric vehicles are hitting the market with over 200 miles of range. A 40 percent reduction of that leaves a driver with 120 miles, which should still be enough to cover the vast majority commutes. As long as there is enough range to make the return trip with the ability to charge back up every night, there’s no reason to fret about winter range reduction.

The impact of cold weather range reduction can also be mitigated by preconditioning the car at home before leaving in the morning. Preconditioning is the practice of starting the car and getting the climate control running while it’s still plugged in. That way, the cabin can reach a comfortable temperature while it’s still getting energy from the power grid. Then, the car won’t have to use so much electricity to keep its driver happy on the road, and the battery will be at its ideal operating temperature, maximizing range.

Plug-in hybrid owners should be aware that their already limited all-electric range will be impacted in the same way. Losing nearly 20 miles from a Honda Clarity Plug-in Hybrid’s 47-mile all-electric range is more noticeable. If the car can no longer complete the trip on electricity only, gas station visits will become a little more frequent though still not as regular as a conventional car.

Cold temperatures also reduce charging speed. While it may not be a concern for a nightly charge at home, it does have a noticeable impact at fast-charging stations. Any extra delay at a place where drivers are meant to get in, charge, and get out as fast as possible is noticeable.

Tesla’s Supercharging V3 update will heat up the car’s battery while its driver is en route to a Supercharger. The battery will be at the optimal temperature on arrival, so it charges at the maximum possible speed.

All cars experience a range reduction in cold weather, even conventional gas-burners. According to the U.S. Department of Energy, which runs https://www.fueleconomy.gov, they get about 12 percent worse fuel economy at 20 degrees Fahrenheit. That’s the same reduction in range as an electric car at the same temperature. Short trips of less than four miles can result in a 22 percent reduction in fuel economy.

While electric vehicles may lose some range during the winter, they actually have an advantage over conventional internal combustion engines in winter reliability. “Issues unique to ICE vehicles include increased drivetrain due to increased viscosity of driveline fluids before the vehicle reaches operating temperature, and winter grades of gasoline which can have slightly lower energy content than summer blends,” said AAA Spokesperson Ellen Edmonds.

There are so many moving parts and fluids in an internal combustion engine, and many are affected by cold weather. This article by Car and Driver outlines a few of them: moisture can freeze in the fuel lines, serpentine belts can become brittle and break, thick oil accelerates wear-and-tear on other engine components, and the 12-volt battery can die, leaving the driver stranded.

With an electric car, you don’t have to worry about any of that.