Tesla Hosts "Introduce A Girl To Engineering" At Multiple Sites 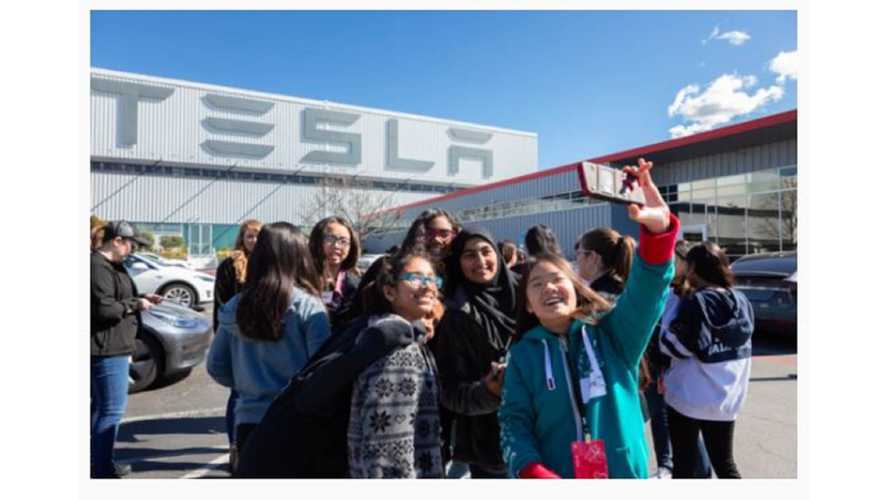 Amid all the skewed media coverage of Tesla these days, it’s worth highlighting some of the positive things the company is doing for the communities in which it operates.

Above: Having fun in front of Tesla's factory in Fremont California (Twitter: Tesla)

In February, Tesla hosted about 200 students at eight of its facilities around the US for an event called Introduce a Girl to Engineering Day (as reported by Electrek). Some 80 Tesla employees volunteered to lead the events, which were held at the Tesla Gigafactory and Fremont factory, as well as locations in Livermore, Los Angeles, San Diego and Las Vegas.

In Nevada, the non-profit group Envirolution partnered with Tesla to bring a group of young ladies to Gigafactory 1 for a look at the automaker’s operations and some hands-on exercises designed to expose the students to basic engineering concepts.

Tesla employees led the students in projects designed to demonstrate the different fields of engineering: civil, electrical and mechanical. The girls built suspension bridges out of paper, fashioned simple motors from batteries and wire, and even built a tiny balloon-propelled car.

Sixth-grader Jacqueline Cerillo seems to have absorbed some of the Silicon Valley mentality: “You have to see your failures,” she said. “On the first project, our bridge fell, but on the second, we got better.”

Local TV station KTVN noted that women in Nevada represent only 20% of engineering degrees, and 14% of working engineers. Tesla, which has committed to invest $37 million in education in Nevada, hopes to increase those figures.

“With females making up only a fraction of the engineering workforce in the U.S., Tesla is committed to increasing female students’ exposure to manufacturing and engineering.”