This Family Is Thankful For Tesla On Thanksgiving

From our founder (and father) Roger Pressman: Happy Thanksgiving to our extended Tesla family... and yes, that means you! We're thankful that this Thanksgiving our family will be together — all because of a Tesla ... 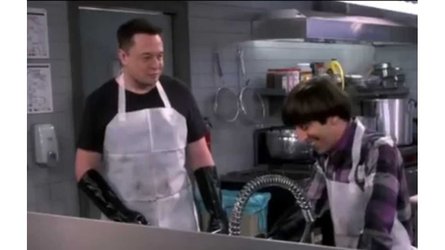 The Tesla Model S is undoubtedly one of the best cars in the world, but I don’t think I’ve ever seen anyone claim that it can bring an entire family together — until now. Back in 2010, we were the kind of American family that formed a geographic triangle. My wife and I lived and worked in South Florida. My older son, Matt, was a partner in an ad agency in New York City, and my younger son, Mike, was TV executive in Los Angeles. We collectively spent a lot of money buying plane tickets so that we could see one another on a regular basis, but thousands of miles and busy work schedules made that a challenge.

Although I didn’t realize it at the time, the Tesla Model S would change all of that. I first saw the Model S alpha prototype parked in an office plaza in downtown Miami in early 2011, and it was love at first sight. Two days later, I plunked down my Signature deposit for the car. I immediately became active on the Tesla forums, obsessively reading everything I could about the car and pondering every rumor and opinion that was posted.

As more details about the car emerged and the beta prototype was announced, I noticed that there were some opportunities for a few interior products, especially a Center Console Insert, so I began sketching ideas and posting them on the forum. Other forum members offered (mostly) constructive criticism and my ideas began to solidify. Even though delivery of my Model S was still almost a year away, I decided that I’d build a “one-off” console for my new car. More criticism and suggestions from forum members, but something odd happened as well. Forum members contacted me privately with comments like, “If you’re going to build one for yourself, build another one for me. I’ll gladly pay you to do it.”

And so … a tiny business was born. I told my son Matt about my Tesla adventure and he informed me that he’d been considering a move out of the city—he had a young wife and a baby on the way. “What if,” he asked, “I come down and join you in this new business?” The tiny business became a lot more real, and when the first Model S vehicles were introduced in the second half of 2012, Matt and I had a “laboratory” (my Model S Signature VIN#184) for the final push to produce accessories for the interior. We became the very first outside participant in the Tesla accessories ecosystem. We launched our family business on the web in March 2013.

We must have done something right because the garage shop grew into a real business that we call EVANNEX (which stands for Electric Vehicle annex). As the business grew, we needed help and the skills that only a ‘producer’ could provide, and both Matt and I had just the right person for the job. After a lot of convincing, my younger son, Mike, decided to move cross country to head up company operations. No more long-distance plane tix for family visits.

Today, our family houses still form a triangle, but this time, the distance from one to another is under six miles. My wife and I, our sons, their spouses, and our two granddaughters were brought together by a car — the Tesla Model S. And that’s something that we think is pretty cool.

Written by: Roger Pressman, Founder of EVANNEX; Postscript: Our 2012 signature Model S is now owned by my son Matt. My wife, Barbara, owns a Tesla Model X. I was fortunate to take early delivery of a Model 3, and, my son Mike bought a Model 3 as well. And of course, last week I decided to put a deposit down on Tesla's new Cybertruck!