7 Deadliest Roads In The U.S.A

The most dangerous roadways in the U.S. aren’t on a remote, crumbling mountainside, they’re highways you drive every day.

In 2016, more than 40,000 road deaths occurred, the highest number since 2007. America has its share of no-guardrail mountain passes, and we can claim plenty of nail-biting country byways with more blind spots than a Six Flags coaster. But when it comes to danger, nothing beats the federal highway system. The country’s most-traveled, most mundane roads are a grim abattoir, and they’re getting grimmer. Here are the top highways you should, but probably won’t be able to, avoid. 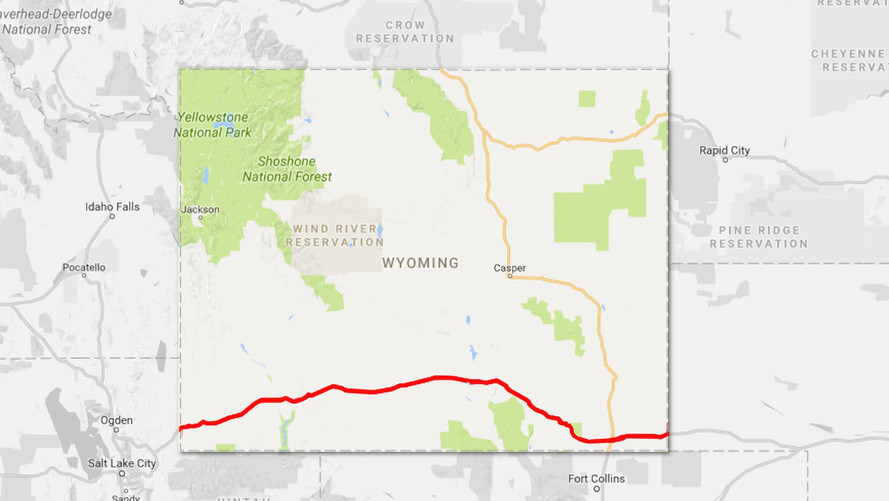 On average, more than 17 people a year die on this Interstate, which once comprised part of the Oregon Trail. That equals the death toll of the Donner Party every two years or so. In April, a Laramie woman died during a dense fog when her Honda CR-V was sandwiched between a speeding UPS truck and a Penske moving truck driven by her husband. In 2015, a 45-year-old man and two children perished when they ran into the back of a semi. Another calamitous fog bank led to a terrible series of wrecks in 2014, with four dead and dozens injured. In the first crash, seven semis and a horse trailer burst into flames.

Once the western linchpin of Route 66, I-40 is no place to get your kicks. Nearly 25 fatal crashes a year occur on Arizona’s I-40, and stretches of I-40 in New Mexico and California also have terribly high fatal crash rates. Avoid. Last October, a passenger vehicle – and a passenger – disintegrated on the hood of an oncoming semi, as smoke from a planned forest burn reduced visibility on the road to basically nothing. This year, a surprise May hailstorm led to a terrifying incident involving multiple rollovers: “The first rollover collision occurred due to hail and ice covering the roadway. Two people rushed to the aid of the victims from that roll-over and were struck by a commercial vehicle.” 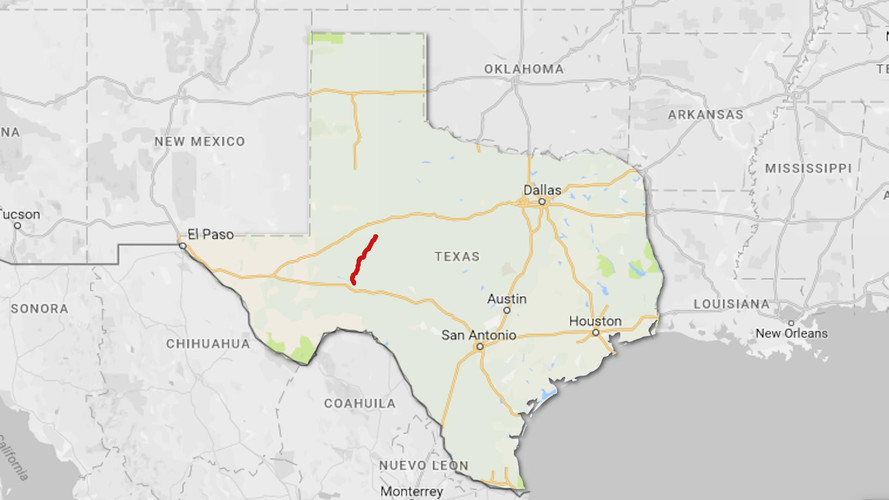 Somewhat ironically known as the Vietnam Veterans Highway, this road consistently boasts one of the highest death rates in America, averaging 26 a year over the last decade. It will be even higher this year. In April, a 20-year-old high school football player, who was allegedly texting while driving his pickup truck, veered out of his lane and rammed into a bus full of elderly church members returning from a choir retreat in South Central Texas. Twelve people died at the scene, 13 total, prompting a federal investigation. “A crush of black skid marks. A curled-up fragment of a women’s gold watchband. A beaten-up black boot. A litter of lavender medical latex gloves and emptied water bottles,” the Austin-American Statesmanreported of the remnants of the wreckage.

I-95 in the Carolinas 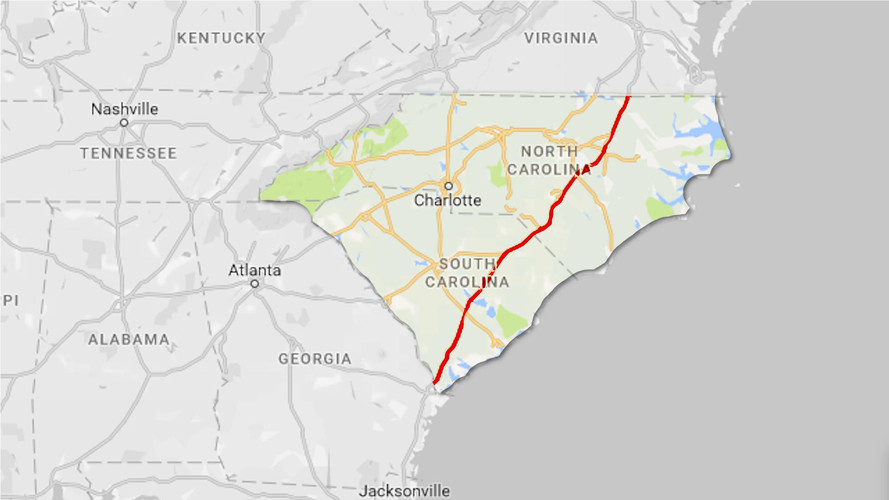 Nearly 450 people have died in this segment of the busy I-95 corridor in the last decade. But few accidents have been worse than the one that occured near the state line recently. A Volvo gas tanker truck rear-ended a Dodge pickup, which ran into a Ford Explorer, which hit a Ford Escape. Meanwhile, the original tanker slammed into two big rigs, including a Freightliner, which burst into flames and barreled across the median. When it was all over, five people were dead, including the tanker driver and a family of four, including a one-year-old and four-year-old girl. 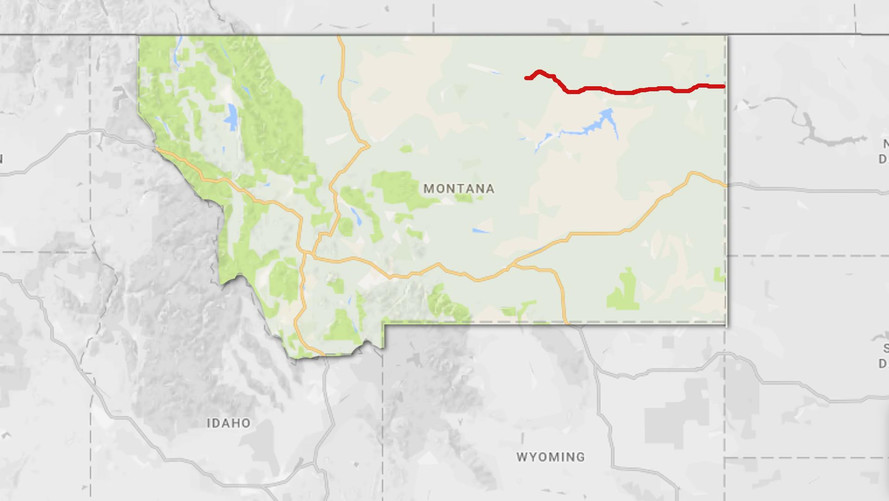 For the most sparsely populated state, Montana sees more than its fair share of deadly crashes, and has the highest rate of drunk driving in the country. US-2, America’s northernmost highway, always has a high death rate. Mostly famously and tragically, nine members of the Whitefish High School wrestling team died in 1984 while a school bus collided with a skidding semi near Glacier National Park, “its front end bursting into flames.” The crash haunts Whitefish to this day, and is marked by a large memorial of stacked white crosses. But the road hasn’t gotten any safer. This January, a most Montana death occurred when a vehicle carrying railroad employees tried to pass a snowplow and rammed head-on into a truck from the state Department Of Transportation. 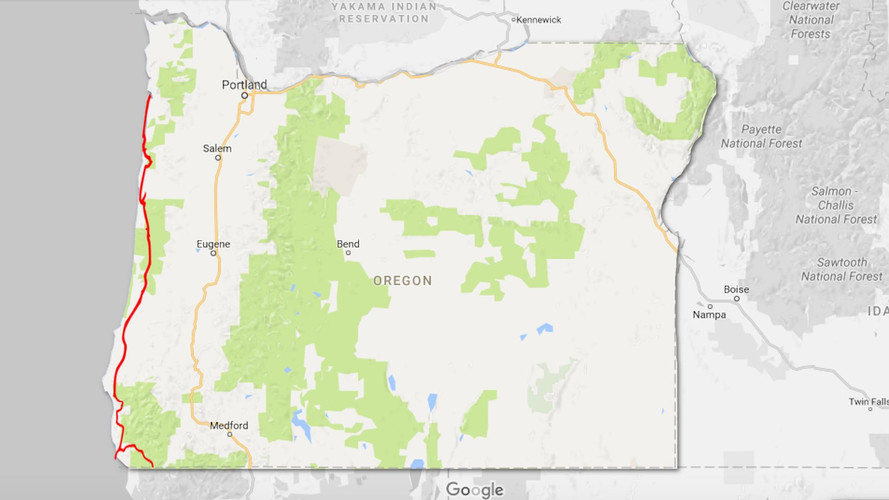 Two people die every month while enjoying the views from this scenic coastal highway. Last week, a 42-year-old woman lost control of her Corolla, which drove off the highway and overturned. Rescuers found the driver “partially submerged in three feet of water.” Earlier this year, in a dramatic incident, a man died after driving his 1999 BMW into a bus that had been converted into a motorhome. On the deadly morning of Feb. 26, an Xterra collided with a Taurus and the Xterra driver lost his life when his car caught fire. Meanwhile, a green 2002 Ford Explorer hit an ice patch, overturned, and the driver died. Earlier in February, three teenagers died when a Mitsubishi crashed while drag-racing. You don’t come back from Dead Man’s Curve on the Oregon 101.

This road has, by far, the highest death-per-crash rate in the United States, another dubious distinction for The Sunshine State. The news around US-1 is a constant stream of helmetless motorcyclists taking a spill coming out of the Keys and elderly drivers making bad judgments. Five people died in February when a driver turned his Mazda Tribute directly into the path of an oncoming Ford F-250, closing the highway for more than five hours. Given how dangerous the driving conditions can be on US-1, that shutdown probably came as a relief.