These 6 Electric Cars Cost The Least Per Kilowatt-Hour 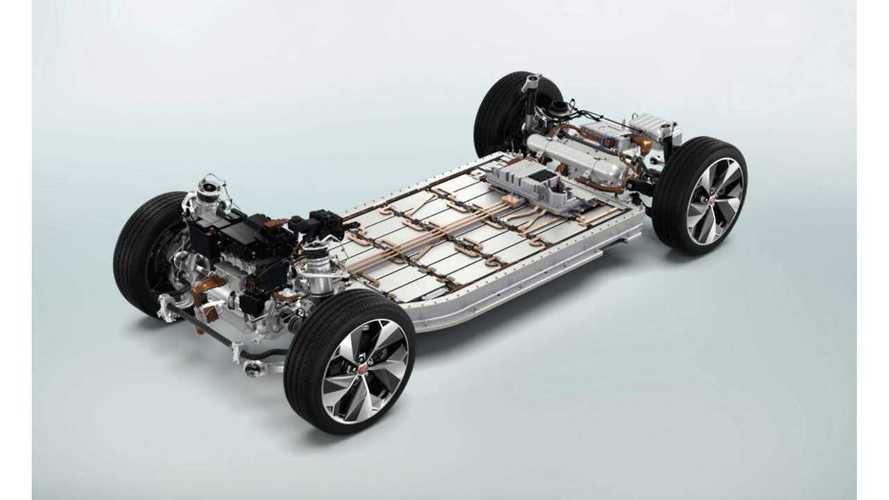 An alternative way to look at EV value

There are many ways to assess a vehicle's worth. In the plug-in EV world, you may want to consider how much coin you're dropping per kilowatt-hour (kWh) of battery capacity. We've compiled a half dozen of the best buys available right now in the USA (though some are only available in certain states) using this method, and we've got to say, the results were a little surprising.

Now, we've used the manufacturers suggested retail price (MSRP), but it's quite possible that your local dealer may offer some discounts. Also, some vehicles which didn't make the list have, in the past, been offered up via super affordable leases (we're looking at you, Fiat 500e), so that's also something to keep in mind.

Related - 8 Cheapest Electric Vehicles On Sale In The U.S. Today

With an unprecedented influx of new models coming over the next years this list may change drastically, but we'll try to keep you updated on what's current. For now, here are the six best bargains in the plug-in universe, when the price is weighed against the energy capacity of their batteries.

If you thought this list would be full of relatively affordable cars, our first entry should make it clear that's not necessarily the case. The size of the battery has a large effect on our results. As the name suggests, this all-electric sedan boasts a 100 kWh pack beneath its floor. So, despite a base price of $94,000, its big battery makes it a relative bargain when measured on a coin-per-kWh basis. Plus, it can still boast the best range of available EVs, with 335 miles of EPA-rated range per charge.

After getting a boost to its battery for 2017, this electrified version of the Ford Focus sports a 33.5 kWh pack. Combined with a relatively low $29,120 price tag, before incentives, this hatch has a high kWh-to-MSRP ratio. While it may have been seen by some as a "compliance car," that is to say, built in direct response to edicts from the California Air Resource Board (CARB) requiring automakers selling product in that state to produce EVs or buy EV credits,  it is actually now available in a few locations outside of the "CARB states."

This battery-powered Golf variant is similar to the Ford Focus Electric above in the sense that it was originally designed to be motivated by internal combustion — the two are, in fact, often compared with each other. Its German engineers, though, found a way to sandwich a decent sized 35.8 kWh battery, and with its pre-incentive price of  $30,495, it's enough to give it the edge in this battle. If you can find it, that is. According to the Volkswagen e-Golf website, the model is "only available at participating dealers in select states." We should note that it is also offered for sale in Europe where it has seen relatively strong sales.

After getting a new 40 kWh pack in its dramatic update for 2018, the original affordable EV retains its rank high in the great value arena. Using our coin-per-kilowatt metric, its relatively low $29,900 cost before incentives guarantees the LEAF to be a great deal by any measure. We can only imagine that the 60 kWh version on its way for the 2019 model year will cement its position on this list.

This electric hatchback ticks lots of buyer's boxes, especially range, thanks to a 60 kWh pack deep within its chassis that returns a 238 mile-per-charge rating from the EPA.  With a $36,620 price tag, you can add a very positive ratio of energy-storage-to-price to the list of reasons to take one for a test drive. Available throughout the US (and Canada), the Bolt underlines GM's commitment to electrification and will likely share its platform with new models from the automaker in the relatively near future.

Though the California electric vehicle maker doesn't specifically state battery size in the name of its entry vehicle like it does for its upscale models — it prefers to denote the two planned versions by either "Standard Battery" or "Long Range" — the Model 3 sports a relatively massive 80.5 kWh battery pack. Combined with a price of $44,000 for the Long Range, rear-wheel-drive configuration that is currently being delivered to reservation holders, it should hold a vise-like grip on its number one spot on this list for some time.

Currently, the Long Range Model 3 will cost you $49,000, due to the mandatory Premium Upgrades package. However, the math still puts the Tesla sedan ahead of the Bolt on our list, at ~$609 per kWh.

There are several different ways to view value. You could deem lowest total price as the best value. You could examine standard equipment lists to determine bang for your buck. But in the EV world, batteries are a big deal, so we think this dollar-per-kWh assessment is most fitting.

Check out our Compare EVs page for more info on all electric cars sold in the U.S.

And if you're interested in how well each model sells, you'll find that data here.