Tesla Model 3 Or Model S - Which Should You Buy? - Video 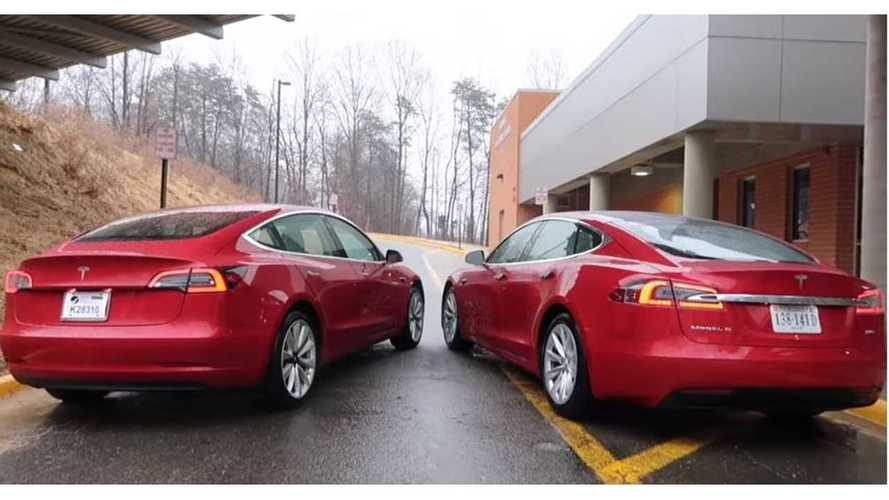 Should you buy a Tesla Model 3 or a Model S? How do they really compare?

The boys over at JR Garage claim to own a bunch of expensive cars. This video opens by plugging their new JR Business video. Apparently, if you claim to be this rich at 17 years old, many people will call you out. So, the guys put together a video describing their business and how they made it so far at such a young age. We say ... take it or leave it. They make informative, well-produced videos that feature Tesla vehicles, and that's all that really matters to us. So skip ahead to about the four-minute mark.

Despite the fact that JR Garage owns many luxury sports cars, they don't own a Tesla Model S. Instead, they own a Model X and recently took delivery of a Tesla Model 3 (which they confess to having a love/hate relationship with). This video was realized when their Model X had to go in for service, which left them with a Model S loaner to compare to their 3.

First of all, let's just say that we know a Model S is not necessarily affordable for someone that was originally in the market for a $35,000 base Model 3 with the federal rebate. The guys are aware of this as well, but they're talking about how a fully-loaded Long Range Model 3 compares with an entry-level Model S. Even a gently used Model S could be a consideration.

All-in-all, it's interesting to know what comes standard in these cars, as much as what's missing. The problem is, with regards to some missing features in the Model 3, we don't know if they're coming as an update or just plain missing. Also, since only one of three Model 3 trims is currently available, we don't know how the subsequent cars will be equipped.

Aside from the major differences like free unlimited Supercharging S (with referral code), and considerably more range on the Model 3, the guys at JR Garage note that the S is just really big and not very sporty. Whereas, the Model 3 is small, agile, and maneuverable. They have quite a bit more to share. Check out the whole video.

Today we compare the brand new Tesla Model 3 with the Tesla Model S! They both have their pros and cons, but are great cars! Here is our opinion on which one you should buy. Which do you like and why? We also throw in some Tesla Model X information in there as well!