Here Are The 10 Longest Range Electric Cars Available In the U.S. 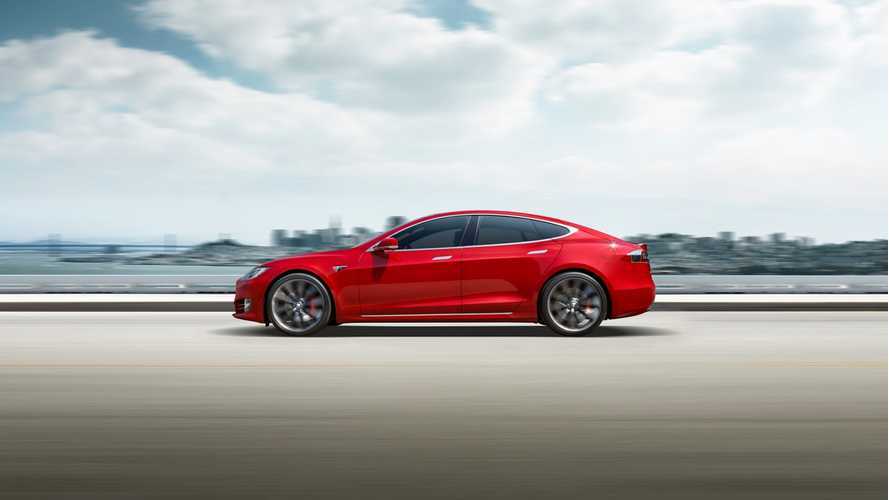 You could drive from Chicago to St. Louis and still have kWh left in the tank with these range-topping EVs.

It’s all about operating range when it comes to electric cars, with the best of the genre able to run for a several day’s drive on a charge, but with the worst barely able to make it out to the suburbs and back without having to be tethered to an outlet.

Tesla still leads all automakers when it comes to operating range, with its flagship Model S sedan in its top P100D version able to run for as much as a claimed 337 miles on a charge; it also includes a Ludicrous mode that affords, well, ludicrous acceleration with a 0-60 mph run at a Ferrari-busting 2.5 seconds. Even the 75D iteration that comes with the car’s smallest battery in the line nets an estimated 275-mile range.

The closest non-Tesla contender here is the subcompact Chevrolet Bolt EV hatchback, which is estimated to run for 238 miles per charge. The remainder of the top 10 longest-range EVs are rated at between 111 miles and 150 miles of operating range, which is still sufficient for all but long-range road trips; the U.S. Department of Transportation says the average commute in the U.S. is about 30 miles both ways.

Now, as some technology mavens are quick to point out, operating range, while important, is not the only stat EV buyers should focus on. You’ll want to also consider an electric car’s equivalent fuel economy (“mpg-e”) which allows shoppers to compare operating costs, both among other EVs, but hybrids and conventionally powered rides as well.

For example, though the top version of the aforementioned Model S boasts the longest operating range of all consumer EVs in the U.S. at an estimated 337 miles, it costs more to run (at the equivalent of 98 mpg) than the smaller Tesla Model 3 with a maximum 310-mile range at an estimated 130 mpg-e. The EPA says the Model S would cost around $150 more to run each year than the Model 3, though this figure may differ in real world driving based on local electricity rates and other factors.

While we expect a plethora of longer-range EVs to reach the market in the months ahead, including the new Jaguar i-PACE crossover SUV; in the meantime, we're featuring the 2018 model-year EVs that can go the longest distances on a charge (based on manufacturer- and EPA-sourced data) in the accompanying images below (#1 rated Model S seen above).

2. Tesla Model 3
Range: 310 miles; 136/123 mpg-e. Still maintaining a long waiting list as production ramps up slowly, the new compact Tesla Model 3 sedan is a smaller and cheaper, but no less stylish, alternative, to the fledgling automaker’s popular Model S. This estimate is for a Model 3 with the “optional” (at $9,000) long-range battery, which is as of this writing still the only configuration available. The standard battery, which is expected to become available later in 2018, is estimated to run for 220 miles on a charge.

3. Tesla Model X
Range: 238-295 miles, 86/89-91/95 mpg-e. Noted for its gull-wing vertically opening doors, the Tesla Model X SUV is dramatically designed and can take the family as far as 295 miles away from home with the longest-range battery pack in the top 100D version.

4. Chevrolet Bolt EV
Range: 238 miles; 128/110 mpg-e. The first true long-range Tesla fighter, the subcompact Chevrolet Bolt EV hatchback can run for an estimated 238 miles on a charge, which for the average U.S. worker is sufficient for a typical week’s commute on a single charge, with enough amps left over for a weekend shopping excursion.

5. Nissan LEAF Range: 151 miles, 124/101 mpg-e. The Nissan Leaf hatchback gets a longer-range battery pack for 2018 that further nets a fairly peppy 147 hp with 236 pound-feet of torque. A new e-Pedal system allows motorists to both accelerate and brake for the majority of the time via a single pedal.

6. Volkswagen e-Golf
Range: 125 miles; 126/111 mpg-e. The Volkswagen e-Golf got a battery boost last year that brings the compact EV hatchback to a more-useable 125-mile range. It’s available nationwide, though like most EVs, you’d have trouble finding any on showroom floors outside of large cities.

7. Hyundai Ioniq Electric
Range: 124 miles; 150/122 mpg-e. Debuting last year, the EV version of the Hyuindai Ioniq is one of the “greenest” cars sold in the U.S. while it’s not the longest-range model in the market, it leads all comers in terms of its sheer frugality, which the EPA says is the electric equivalent of a class-leading 150 mpg in city driving.

9. BMW i3
Range: 114 miles; 129/106 mpg-e. The futuristic-looking BMW i3 gets a 94 amp-hour battery for 2018 that ups its range to more useable proportions; if that’s still not sufficient for your needs, it’s available with a small range-extender gasoline engine that affords an initial 97-mile range on electricity, and then another 83 miles on (premium grade) petrol.