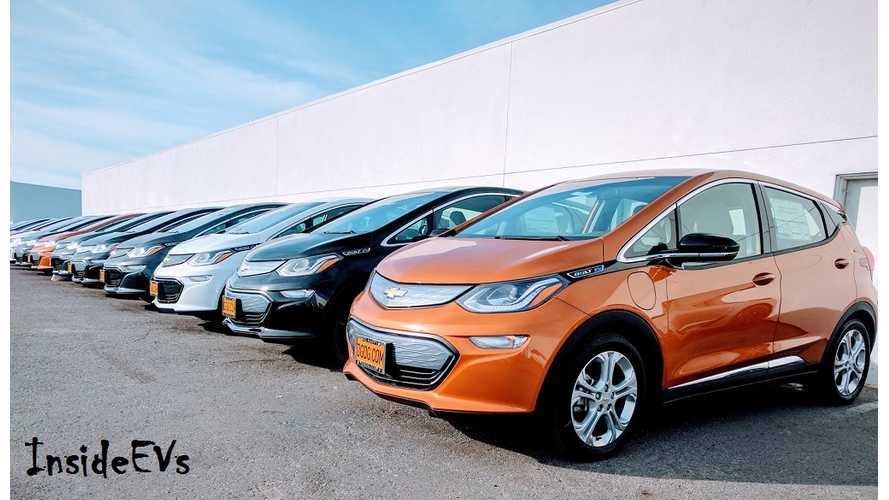 Thus far, there are seven states selling the all-new 2017 Chevrolet Bolt. While some dealerships are still marking the car up, due to demand, others are discounting the vehicle by thousands of dollars.

According to Autonews, a Southern California dealer advertised a $4,160 discount on a Chevrolet Bolt, when compared to a competing dealer down the road. Marty Greenwood of Greenwood Chevrolet in Hollister, CA is offering $2,000 t0 $3,000 off the Bolt. He shared:

"We've been really aggressive in getting it out there and getting people's attention. We're here to sell cars, and we're in a smaller town, so we need to be a little bit more aggressive. We just watch the market and what's going on out there. What is the magic number to move the vehicle?"

While the vehicle is not yet available nationwide, dealers still need to be competitive in order to beat others to sales. Several California dealers have started to mark down the Chevrolet Bolt. The car started sales in the Golden State first, so markdowns are expected to become more aggressive in other areas soon.

The first dealership to sell the Bolt, Fremont Chevrolet, knocked off $2,000 in February, and is now discounting $3,000 for the month of March. Dublin Chevrolet is also matching the $3,000 break. They are each offering a $260 per month lease special, which requires $3,995 at signing. Harbor Chevrolet has 21 Bolts available, and every single one has at least a $1,285 discount, but one car is priced down by $4,160. Likewise, a nearby competing dealership has 32 Bolts and is offering over $5,200 off. GM's financing rate on a new Bolt is at 3.9 percent. GM spokesman Jim Cain explained:

"If somebody's marking them down, it's coming out of their margin. Dealers are independent businesses, and capitalism at work tends to drive local market pricing."

Meanwhile, some rural dealerships are asking as much as $5,000 above sticker for the new all-electric car. Cain doesn't agree with the markups, but he can't demand dealers to stop doing it.