California Dealer Offering $3,000 Off All Chevy Bolts In Stock 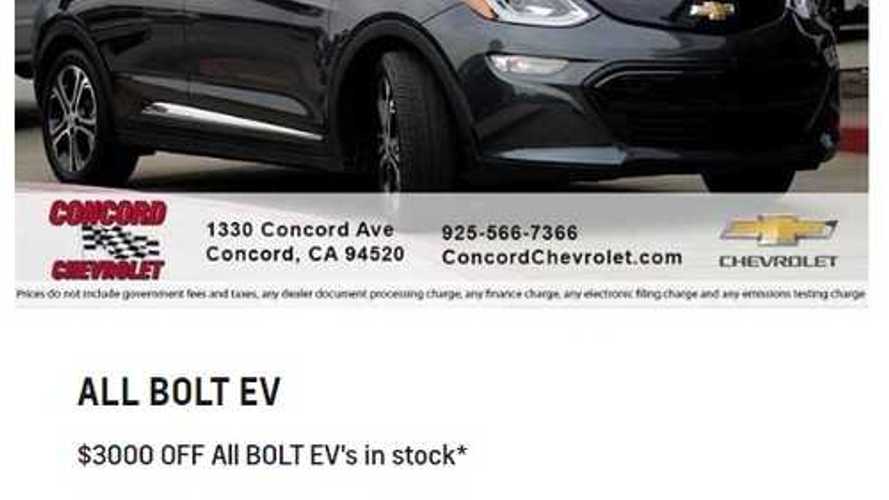 Sales have been a bit softer than original anticipated, so unsurprisingly, deals are now appearing.

We're talking of the Chevrolet Bolt, which has seen lower than expected sales to date.

Here are the numbers thus far:

And with those results, dealers with excess inventory, are now putting together incentive packages to get those numbers up.

Looking for a deal on a Chevy Bolt? Look no further than this California dealership that's offering $3,000 off all Bolts in stock.

The asterisk really has no fine print. It's a deal on all in-stock Chevy Bolt and it's $3,000 off across the board. The deal runs through the end of June, though it seems it could be extended depending on sales volume.

May sales figures for the Chevy Bolt and all other plug-ins sold in the U.S. will be posted on InsideEVs on our US Monthly Plug-In Sales Scorecard on June 1.