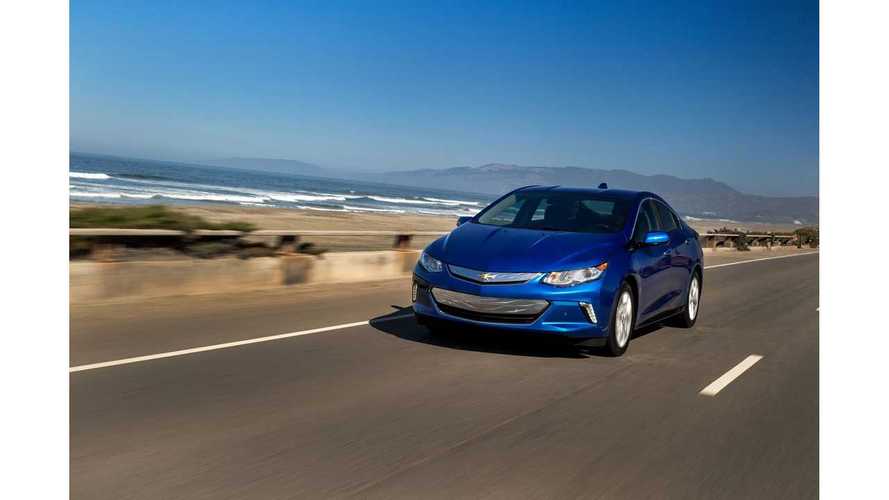 That's considerably less than the $299 per month reported by CarsDirect, and also less than a Toyota Prius. This deal should attract those interested in fuel efficient cars.

The 2016 Volt is available only in 11 states (California, Connecticut, Maine, Maryland, Massachusetts, New Hampshire, New Jersey, New York, Oregon, Rhode Island, and Vermont) and as noted, the calculation was done for California specifically to include the $1,500 state rebate as down payment and of course the $7,500 federal tax credit.

LeaseHackr used $31,500 as the lowest dealer price recorded to date (from $33,995 MSRP including destination charge).

The deal also includes $5,800 GM Financial CCR and $1,000 GM Private Offer - "Some have reported getting a $1,000 Private Offer certificate by browsing Chevrolet.com. The offer may pop-up after a few minutes of browsing."

We imagine as this number is best case, you'd have to be the "lease ninja" to come close to the deal as listed by leasehackr, but landing somewhere decently below the advertised $299/month deal (from CarsDirect) is a reasonable destination if you are willing to do your homework first.

You can check out the details and calculate a deal at leasehackr.com: