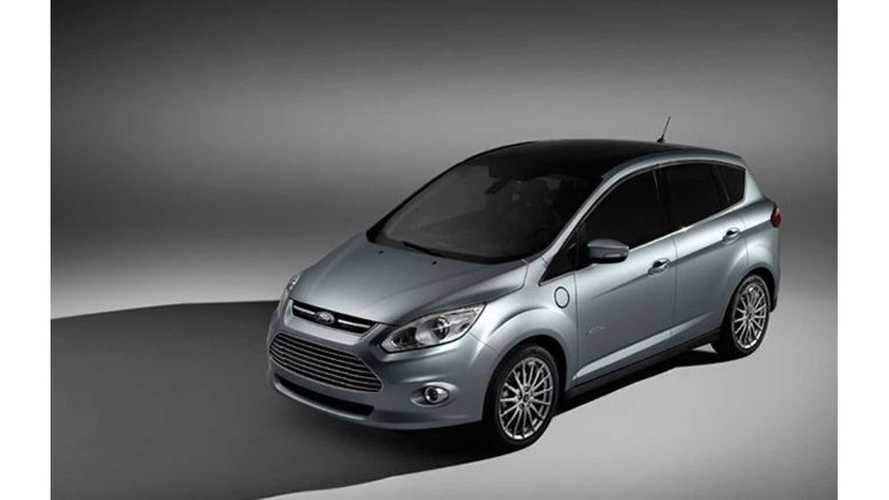 We were alerted to these deals by none other than Chris Paine of "Who Killed the Electric Car" fame.  Paine tweeted:

Here's a rundown of the plug-in deals, as presented by Edmunds:

The C-Max Energi is a true plug-in hybrid for the same monthly cost as an ordinary sedan. But the lease is only 24 months long, it only allows 875 miles per month, and the buy-in at signing is a steep $3,043 for non-lessees. An incentive for holders of current Ford or competitive leases drops the buy-in down to $2,043. This deal is limited to just a few parts of the country, but other deals are also available. Offer ends November 3.

2014 Ford Focus Electric — $199 per month/36 months The truly excellent Focus Electric — which carries a $36,990 sticker price — is available in certain regions at our lease price point after $3,343 down (for new lessees who don't currently carry a lease) or just $2,843 (for current Ford or competitive lessees). Not a bad way to get zapped, and the restricted mileage allowance — 875 per month — may work for an electric. Offer ends November 3.

Built strictly as an electric car, the Leaf is now available on a low $199 a month lease after $1,999 at signing for a 2014 Leaf and $2,399 at signing for the 2015 model. It's now possible to drive something righteous for the environment that does a good job of saving bucks, too. Some residency requirements may apply, but a full 36,000 miles is allowed with additional miles priced at 15 cents each. Offer ends November 3.

Focus Electric For $199 Per Month