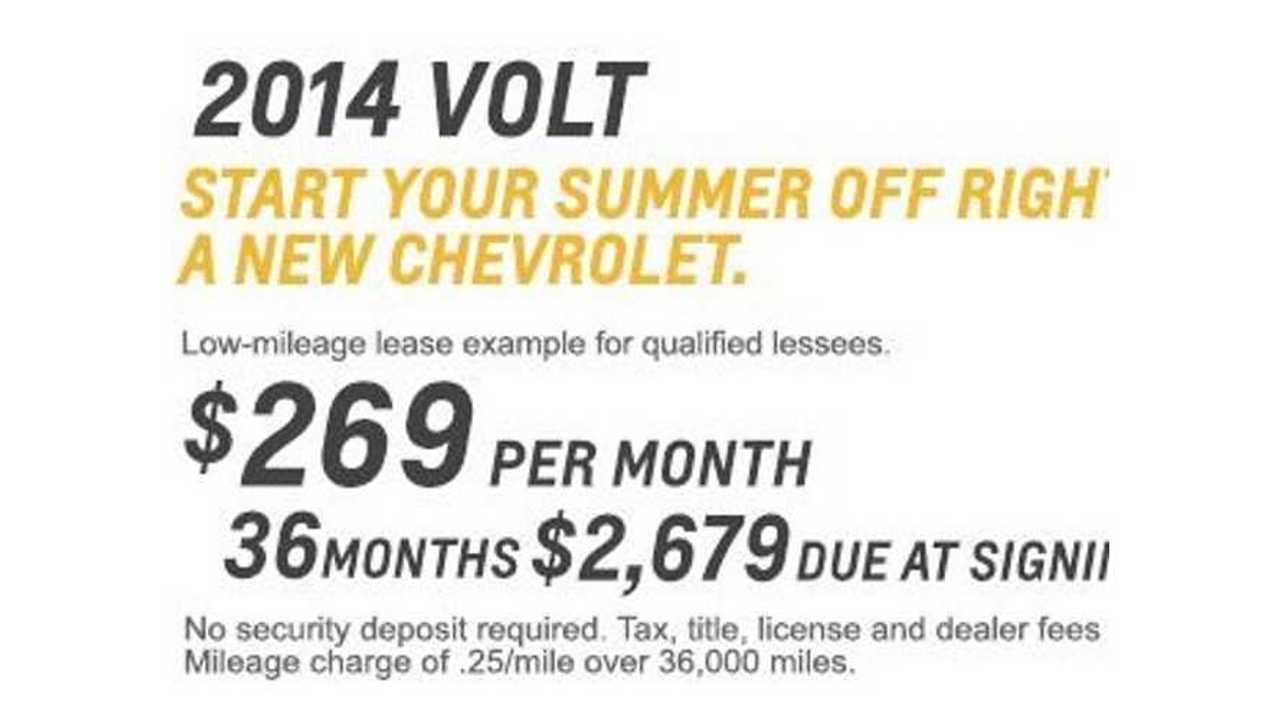 With the 2015 Chevy Volt now widely available throughout the U.S., General Motors once again announced a decent lease deal on remaining 2014 Volts.

There are surely better deals to be found on a dealer-by-dealer basis, but this is a solid deal on the nationwide level.

As 2015 Volt inventory builds, we're sure that 2014 Volts will be discounted even more deeply.  Why get a 2015 when the next-gen 2016 Volt is right around the corner?  We'd go with the cheaper 2014, then trade up into the next-gen shortly after it becomes available.