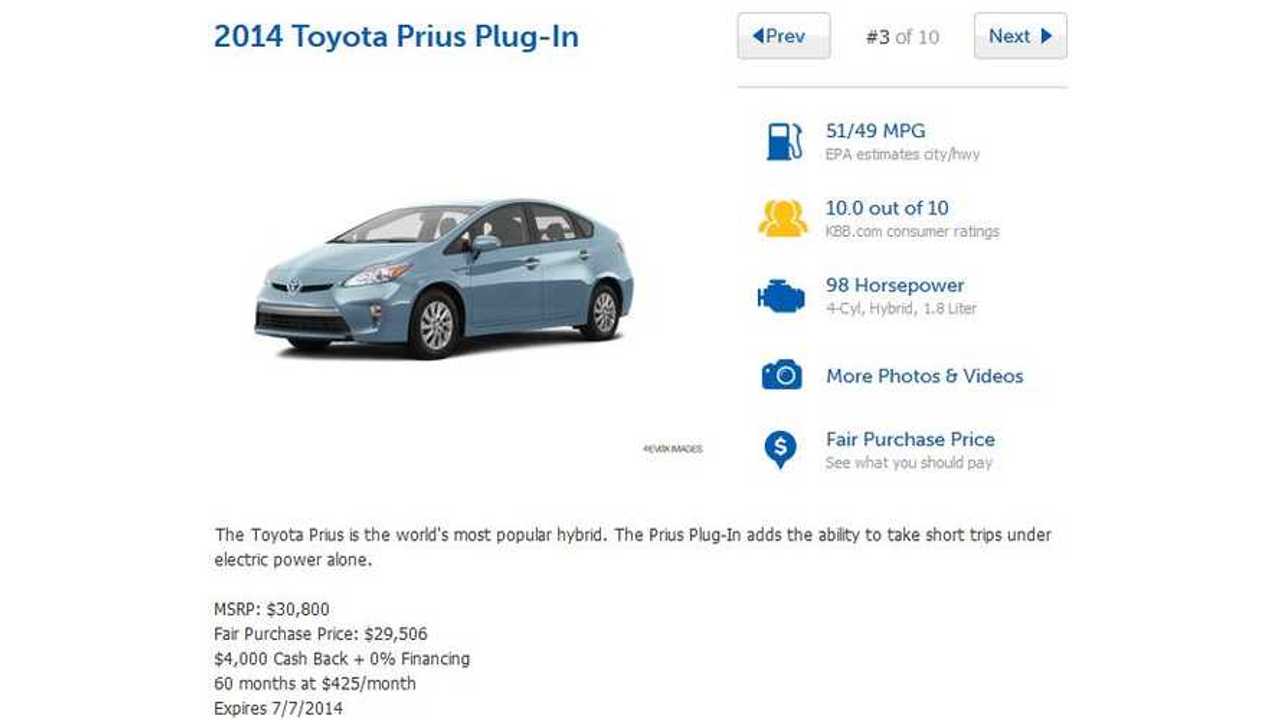 "This month's list of standout lease and financing deals includes a fuel-efficient diesel sedan, two cars you can fuel-up from a wall socket, and at the other end of the spectrum, a big 3-row SUV being offered with $6,000 cash back."

States Kelley Blue Book in assembling its Top 10 automotive deals of the month for June.

Here's a look at the KBB listed deals on the two vehicles (Ford C-Max Energi and Toyota Prius Plug-In Hybrid) you can "fuel-up from a wall socket."

We certainly know many Americans feel that the Prius PHV is currently a screaming deal as the Toyota set a new sales record in May with 2,692 copies sold.  That result also moved the electric Prius past the Chevrolet Volt as the 2nd best selling plug-in in the United States.

Editor's Note:  The Ford C-Max Energi efficiency numbers have been reduced recently and is not reflected in the above graphbic - so 'the deal' is not quite as good as Kelley says it is.  The combined MPG of the C-Max Energi dropped from 43 to 38, while the all-electric range fell from 21 miles to 19.  (full story on that here)