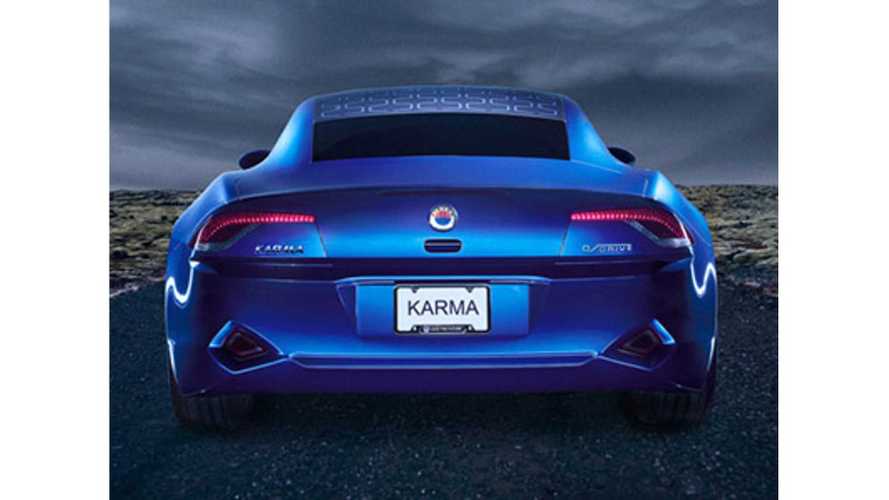 Since Fisker Filed For Chapter 11, Sales Of The Karma Have Taken Off, Here Is Why

We urge anyone who bought a Fisker Karma this year before November 22nd, 2013 to stop reading from this point on and check out some of our fine other stories...like this great walkthrough of a handy electric car sharing service in Japan, or watch an amusing video of What Not To Do In Your EV.  Good, light-hearted fun.

The last Fisker Karma Was Built In July of 2012

Despite Fisker being functionally bankrupt for the better part of the last year, and having not produced a single Karma since July 2012, with no reasonable expectation of being able to adequately service these cars, Fisker dealers with remaining inventory have steadfastly held Karma prices solidly around 6-figures.

The result?  Those last 100 or so Karmas in America have been selling off really slowly over the past year or so - we know, as we are the only game in town attempting to still track monthly sales of the luxury extended range sports car.

Generally speaking, the monthly result can be counted on one hand.

But why was the price still so stubbornly high?  It was as if dealers with remaining cars still left on their lots were treating their Karma as if they were new 2014 editions, and Fisker Automotive was the epitome of health.  Some speculated it was perhaps the "uniqueness" of the car that had made it become a collectible, or perhaps the limited production run was translating into high residuals.

During our monthly round-up of all the plug-in vehicles sold last month we speculated the following (after billionaire Richard Lu bought the balance of Fisker's US government loan for $25 million and giving his group control over the automaker...but before he launched it into bankruptcy):

"...perhaps dealers are holding onto inventory in hopes of a rebirth means they don’t have to further discount existing inventory."

Fisker started this ad campaign ("...we knew it wouldn't be easy...But that's alright") in June 2012 as production of the Karma quietly stopped behind the scenes

And that statement was true enough, because as soon as the bankruptcy was made official, the sell-off was apparently on.  But not for any of the reasons previously speculated.

Inside the mountain of paperwork that is the Fisker SEC bankruptcy filing (it was how we spent our Thanksgiving - don't judge), was this notation (below) that seems to explain the existence of those remaining high priced, slow selling new Karmas...and there subsequent liquidation this week:

As soon as the company was officially in Chaper 11, and dealers lost hope that their cars could be returned to the mothership the asking price of those cars dropped immediately - which translates to Fisker Karmas now being advertised as low as $69,000 (and that is just the starting asking price).

Over the past 5 days we've noted more than a dozen new Karmas (about 25% of the outstanding inventory we can find in the US), that we assume had been patiently waiting for a White Knight to ride in a save the company,  have been sold off.

So if you always had your eye on a brand new 2012 Fisker Karma, now is probably the time to go out and get it.